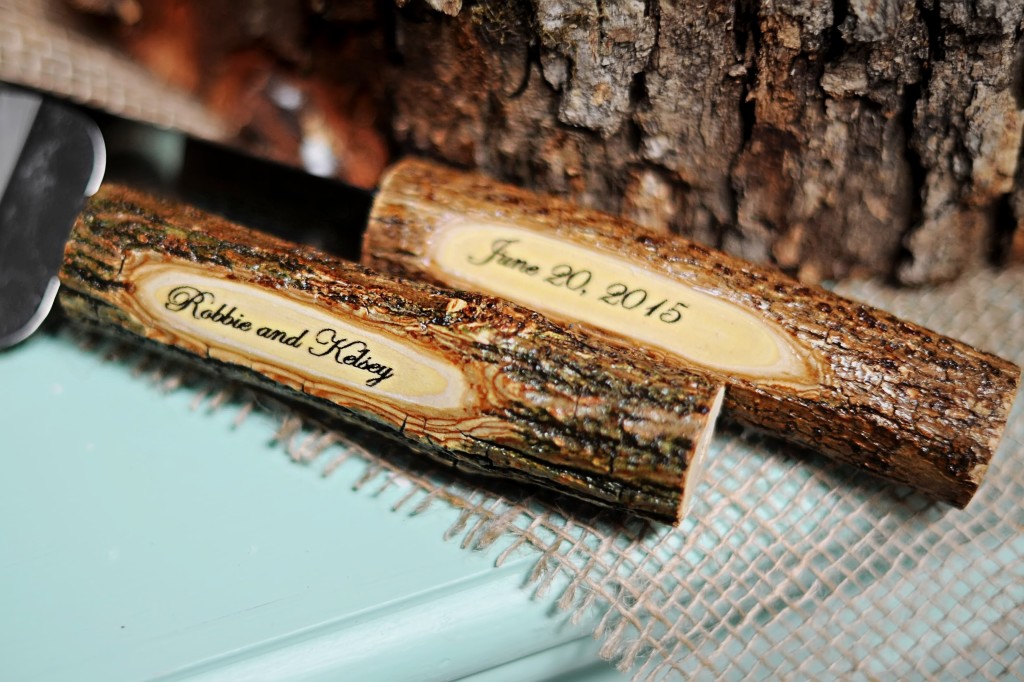 Robbie and I met when I was in my freshman year of college at the University of North Alabama, where I eventually earned my Bachelors in Accounting. Robbie had just earned his Masters of Education and was an adjunct lab instructor at the University of Tennessee at Martin, looking for his first high school teaching position. When we met, neither of us was looking to start dating anyone. We had both just ended previous relationships about a year before, Robbie had just felt his call to the ministry, and we were really worried more about finding out who we were individually at that time. As a result, the first time friends tried to introduce us, we said no. Fast forward two months later, and we meet completely by chance when I had gone to visit family friends in Tennessee. That started a very slow and cautious process of getting to know one another. 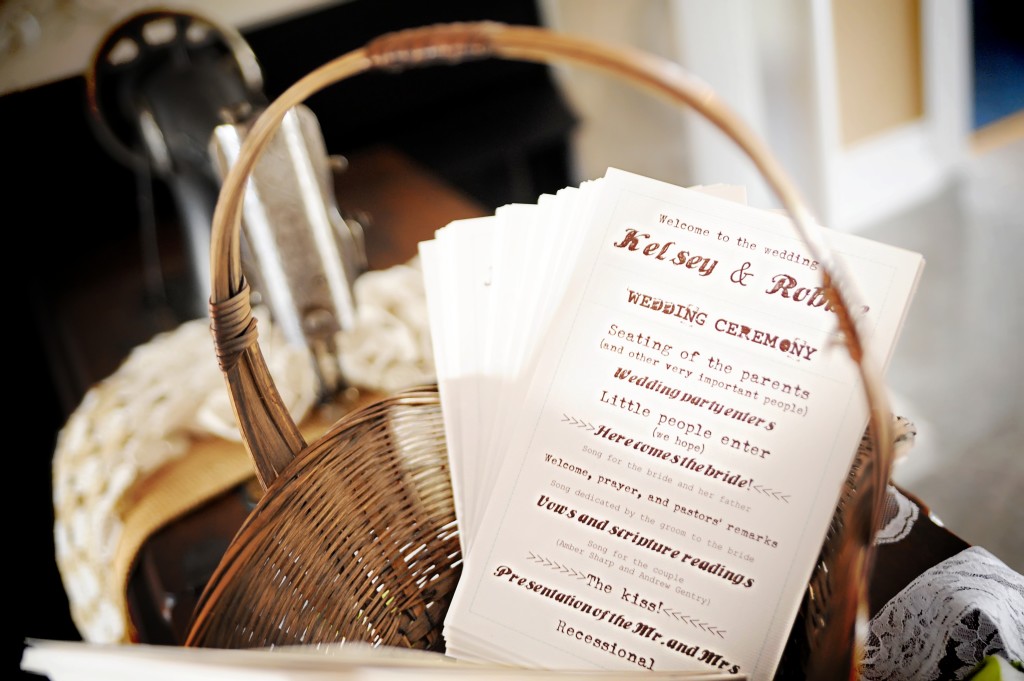 It only took a few months, however, to realize God must have made each of us for the other. 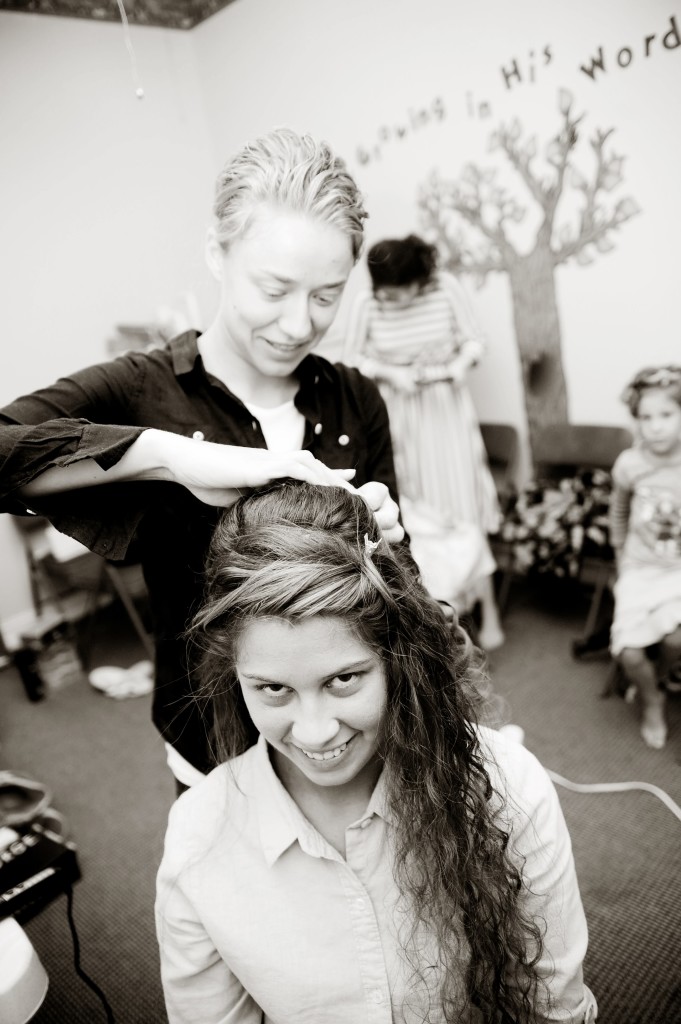 By the time that we had been dating several months, we knew that we would get married. The question was when. I still had two and a half years of college left, and we were both too practical to believe that it would make things easier on us as newlyweds if I transferred and finished later. So we decided to wait, and in hindsight we are both so glad that we did. Not only did it get college out of the way and allow us the opportunity to build our dream house to move into after we married, but it gave us time we didn’t even realize we needed to grow even more as a couple and in God. 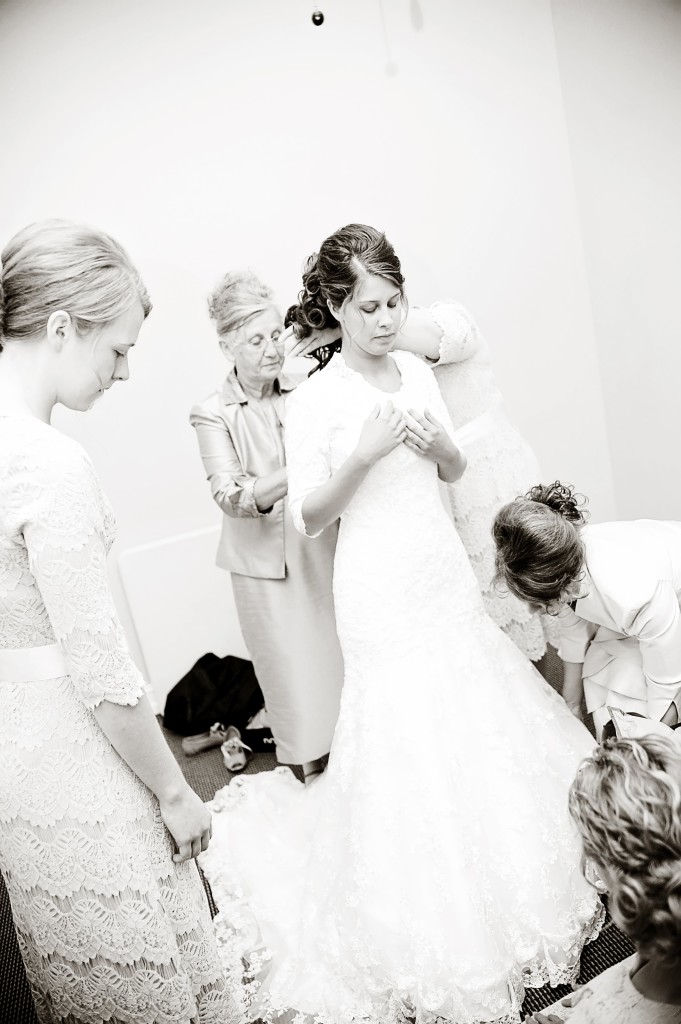 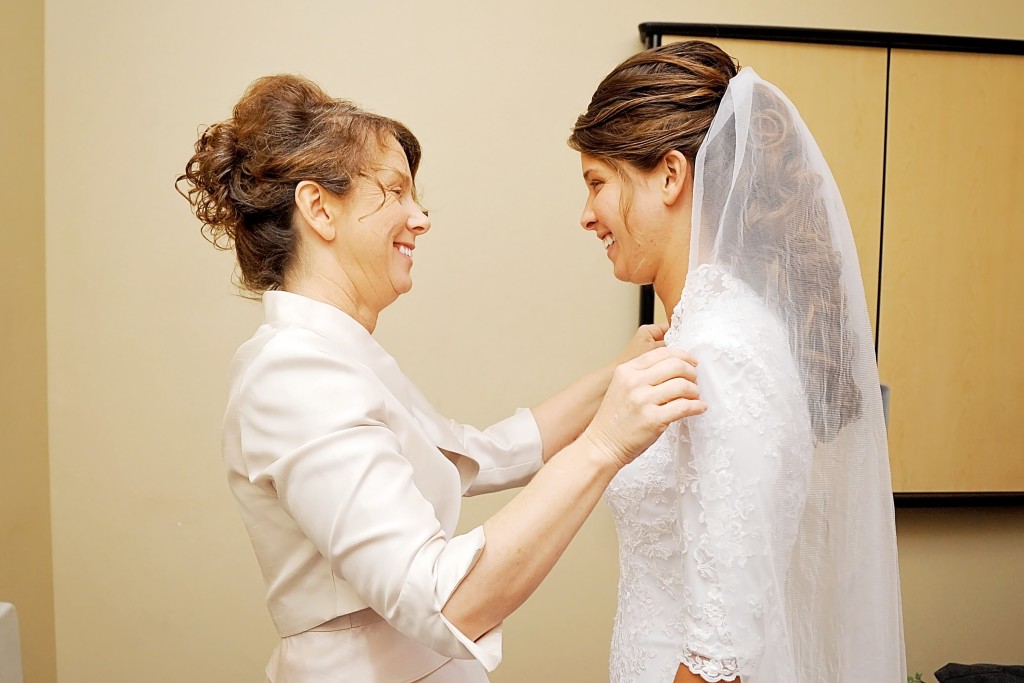 We had a year-long engagement due to the fact that we were already working on the house. I knew I would need ample time to plan as I was in my last few semesters of business school as well as working a job. I had always believed that he would propose in a very private setting, so the way he actually did it took me completely by surprise. It was a 4th of July church picnic in 2014 at the home of some friends. We had been there a few minutes when I saw his mom, dad, grandparents, sister, and brother-in-law arrive. I hadn’t been told they were coming, so I was surprised and went to welcome them. His sister gave me a note tied with string with instructions to go to another person, which began a scavenger hunt of notes that ended with him on one knee. 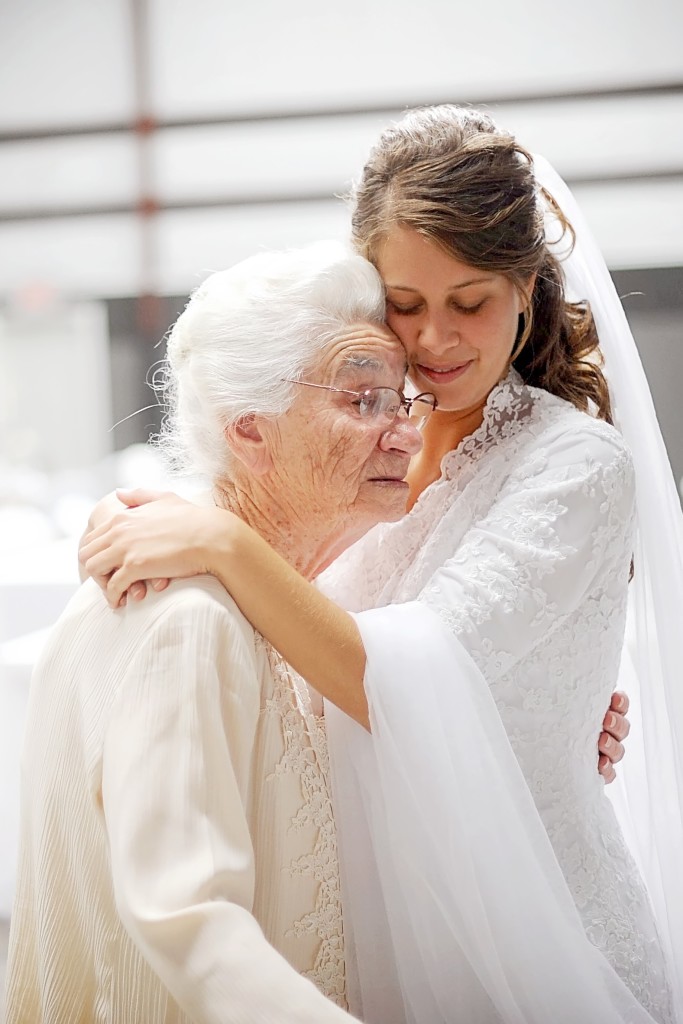 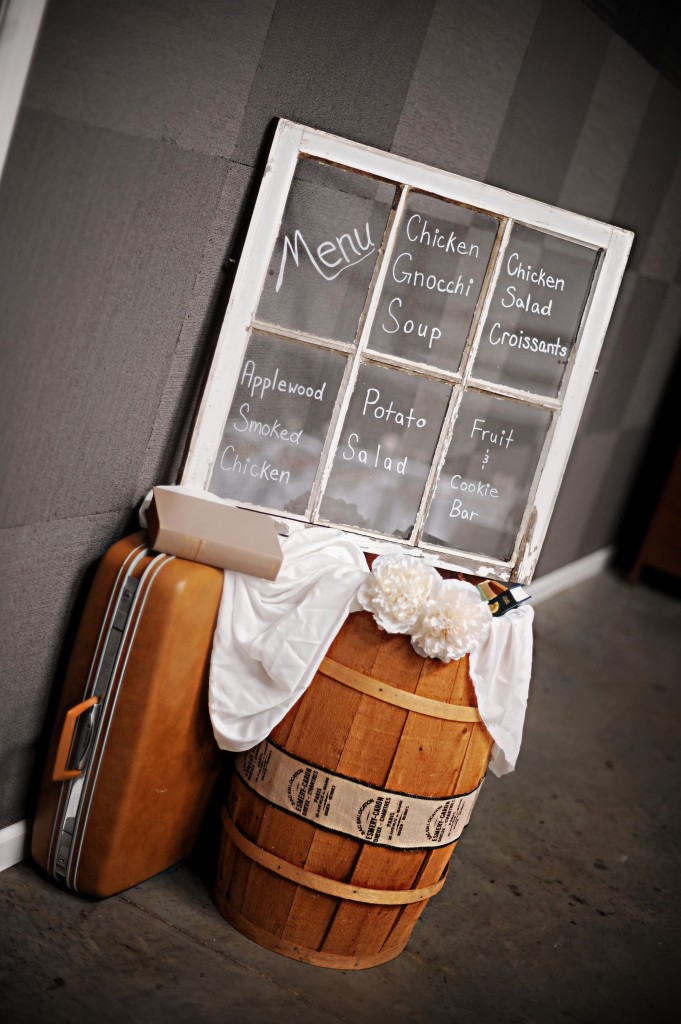 We finally settled on June 20, 2015, and I was so thankful to have so much time to plan, because I was able to have a largely DIY wedding. This not only saved a lot of money for my parents, but it was exactly what I wanted. The only word I can think of to accurately describe the style of our wedding is “eclectic.” We drew from so many styles and ideas to make the day reflect us and our personalities perfectly. I love anything classic and vintage, and that showed in much of the décor and my dress. It was a simple, all lace gown in a slim A-line style, with buttons from the neck to the end of the train. I went with a chapel length veil to make it a bit more formal and dramatic.  Both Robbie and I are lovers of learning and reading, so we used vintage books throughout the wedding, and our cake rested on an antique desk. We incorporated a lot of rough wood and logs as a nod to the rustic theme and also to the fact that my father and all of his family are loggers. It is the way I grew up and it is a huge part of my life. My dad cut all the wood that we used in the wedding and at the reception himself. I was even able to work in my love of football, and had some fun with pictures. Perhaps most importantly, I was able to use many unique antiques in the décor that belonged to family members and that had a lot of meaning to me. The most significant was a Bible that belonged to my great-grandfather who was a great evangelist, Bro. Paul Russell. 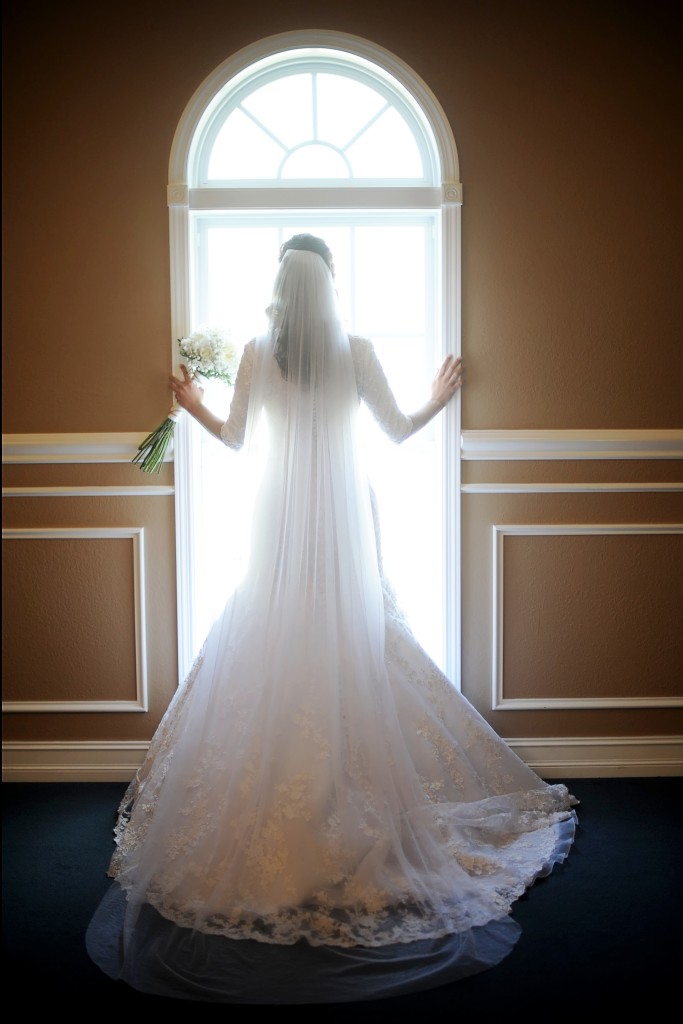 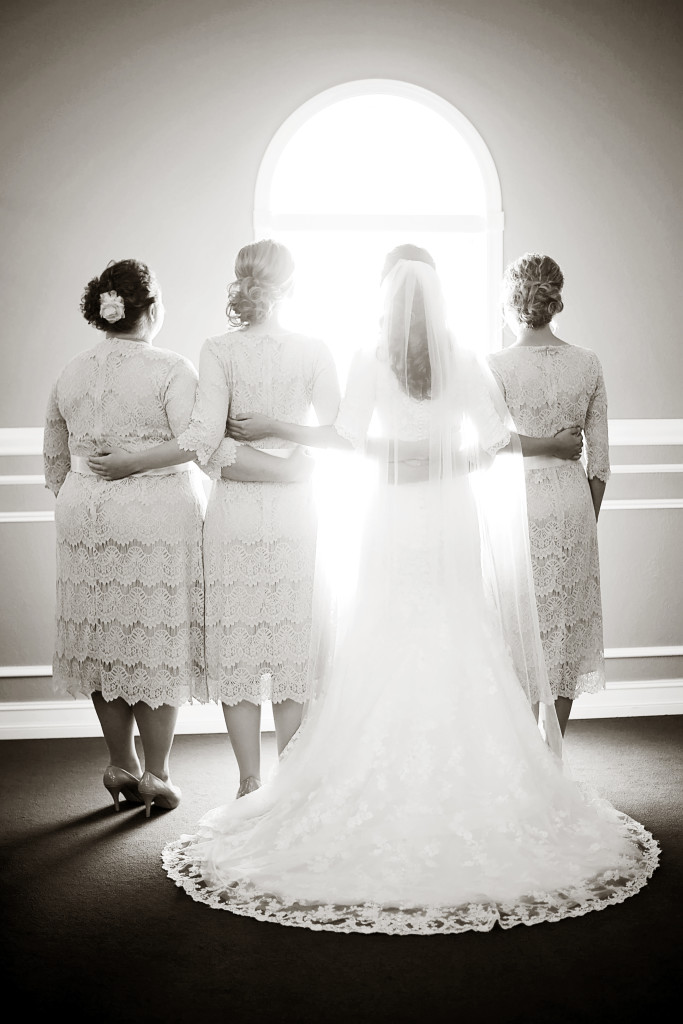 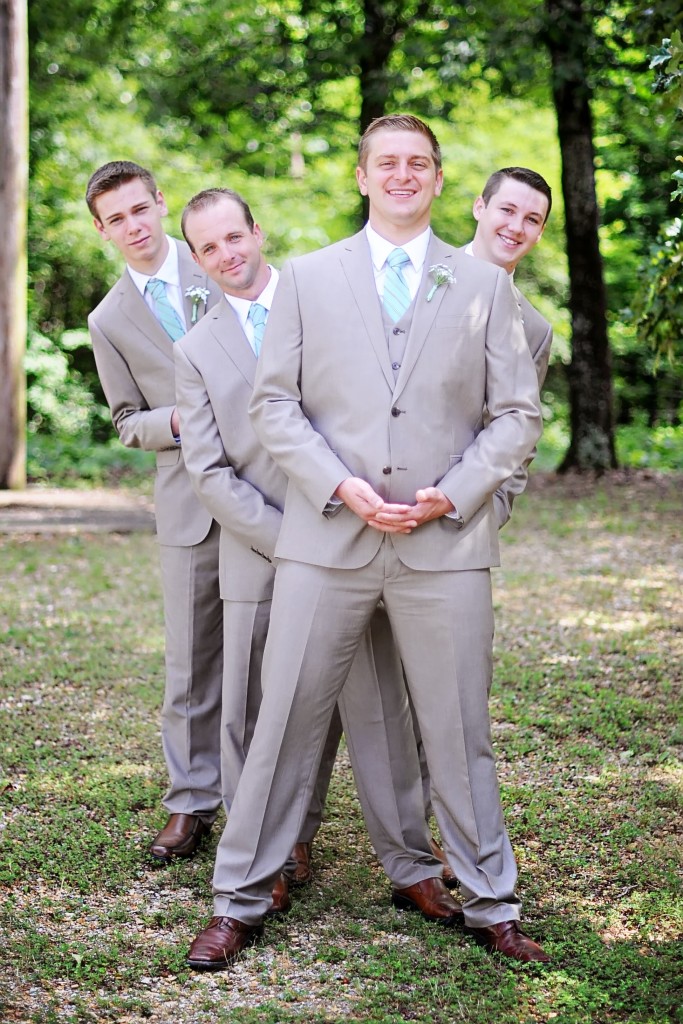 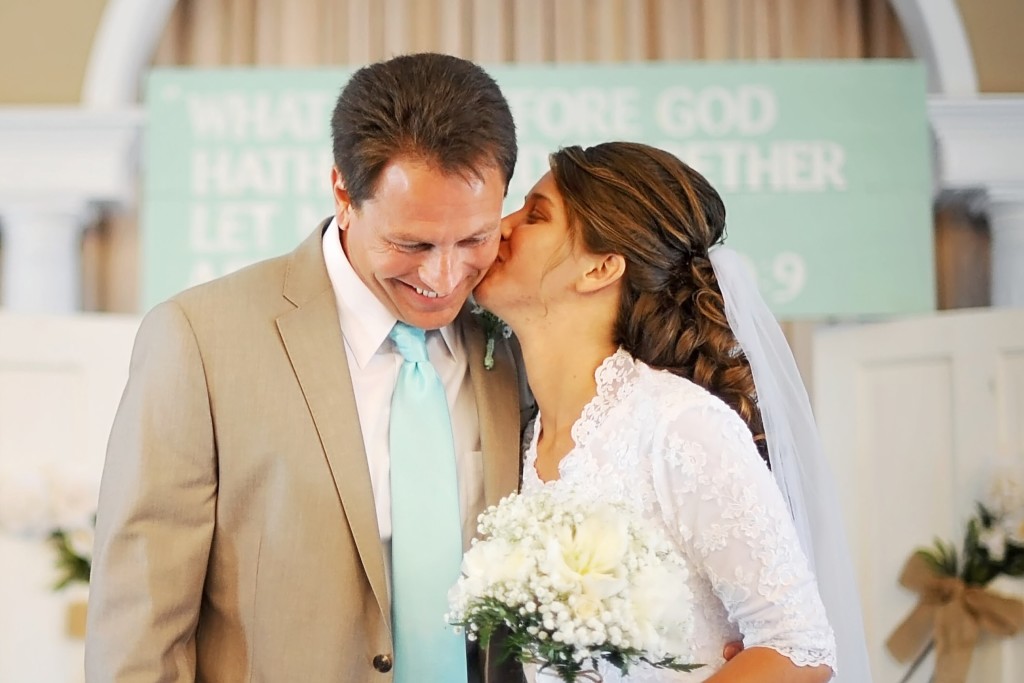 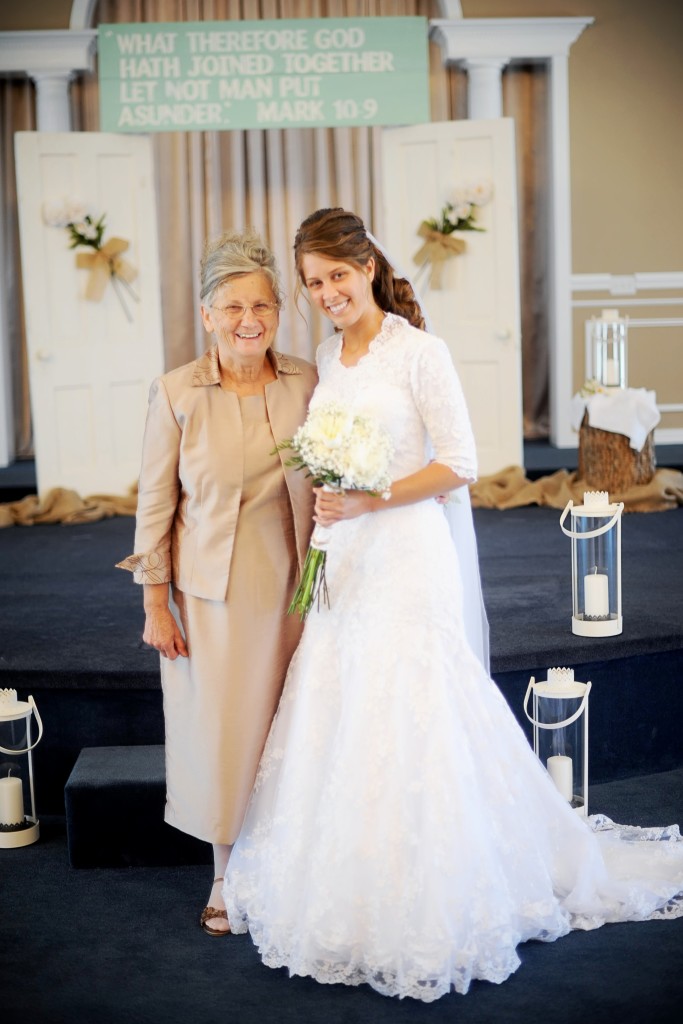 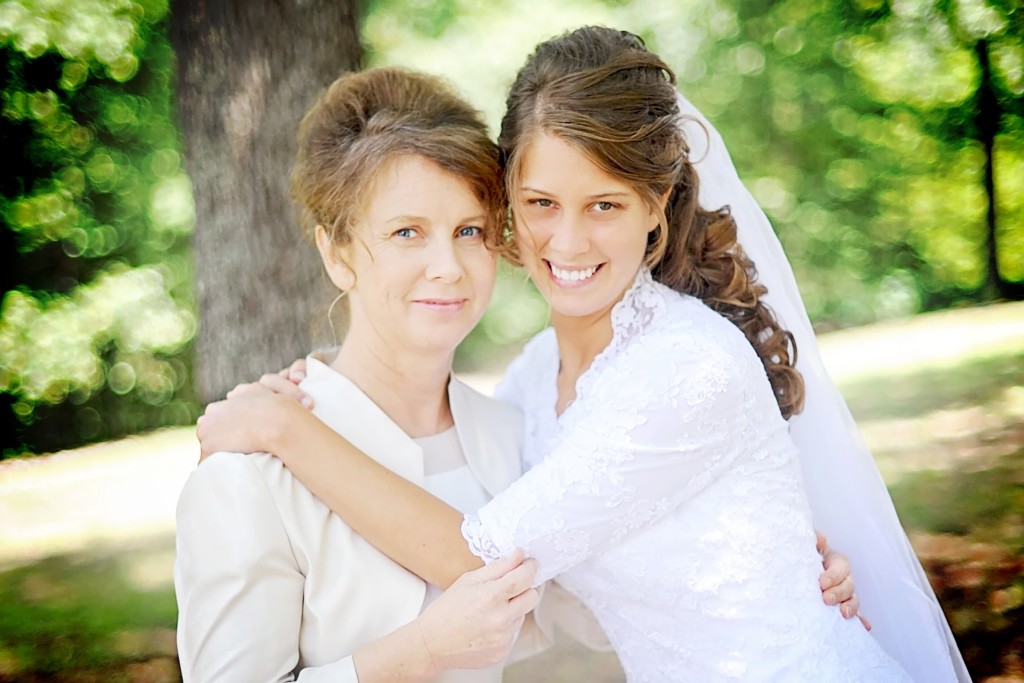 Thoughts on the Day 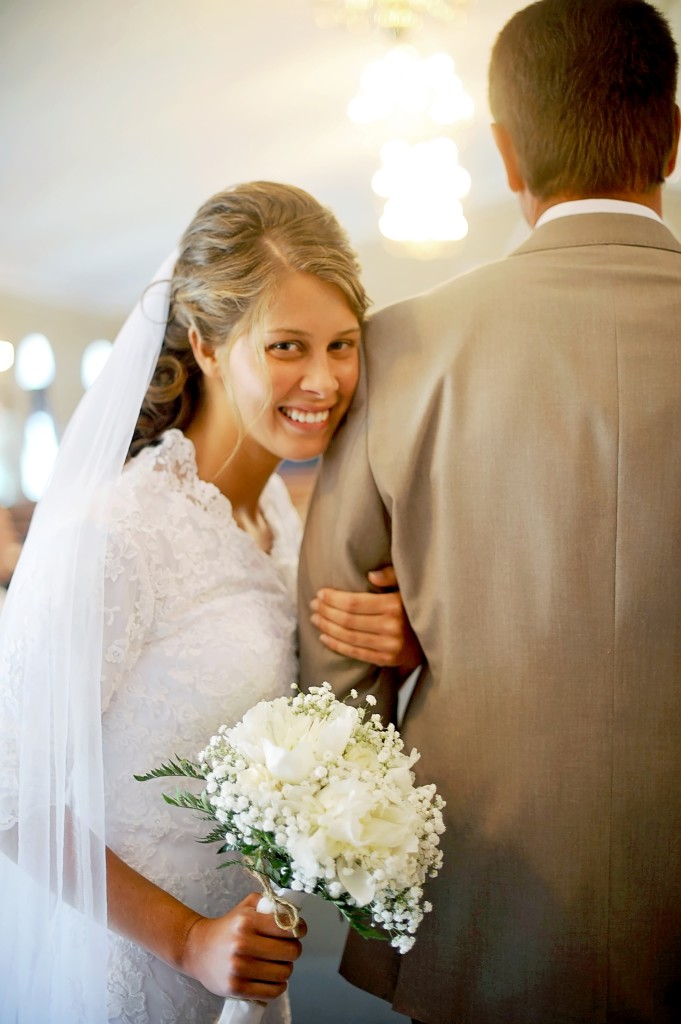 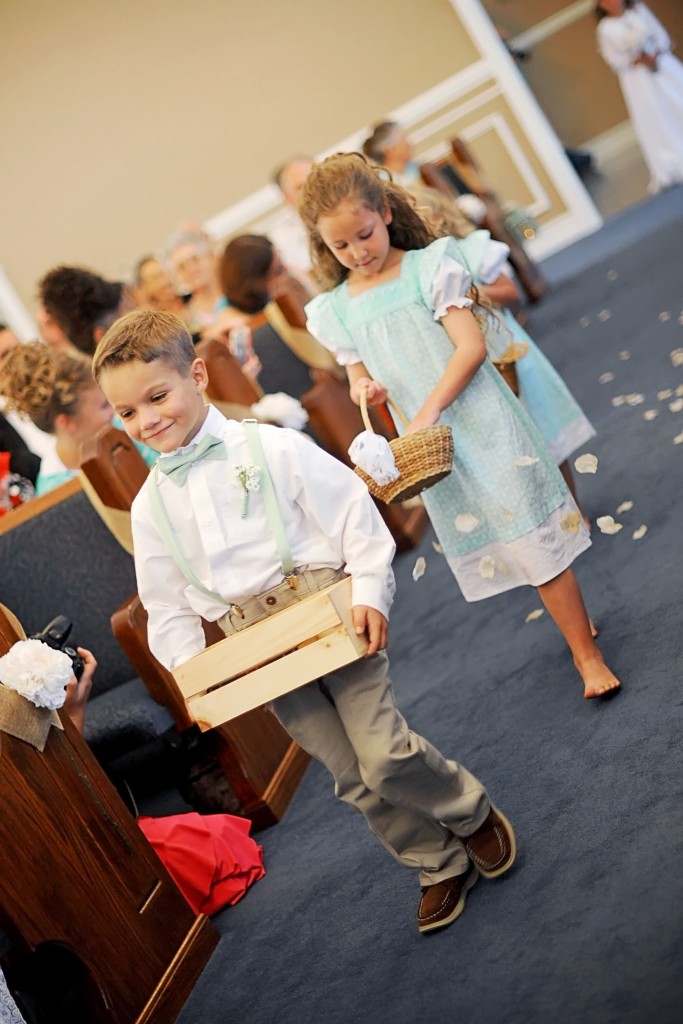 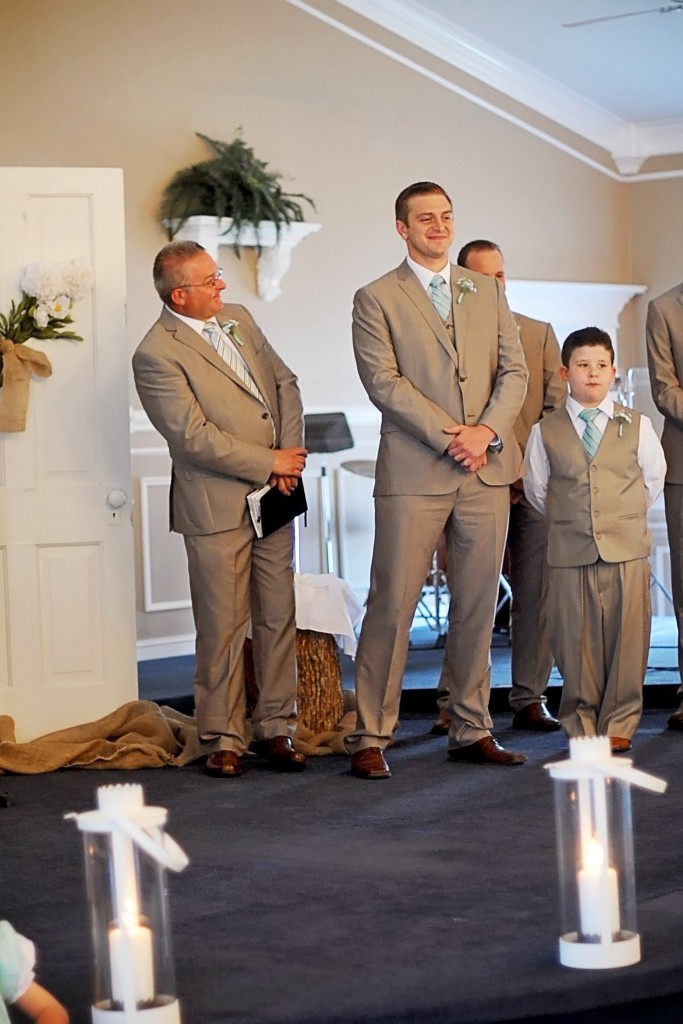 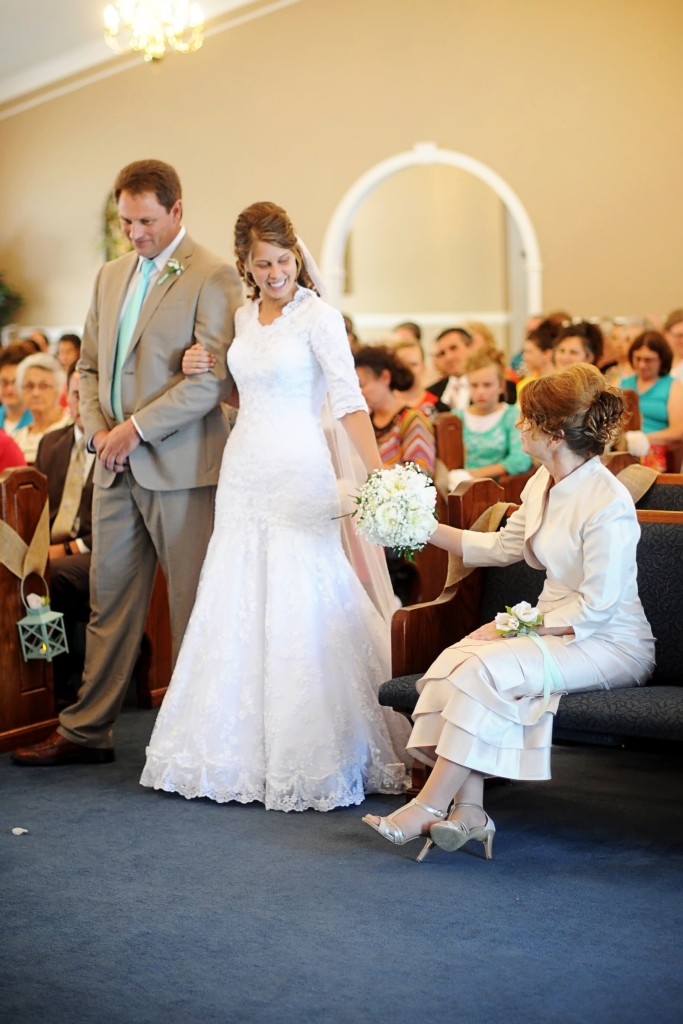 The wedding day went so perfectly that I was almost waiting for something to go wrong all day long. I had so many people tell me that something always goes wrong, but at the end of the day all that will matter is that I am married to the man I love. I had accepted that, and was not worried. The reality was, however, everything went as smoothly as I ever could have hoped. I like to think it was the result of obsessive planning of every detail, and the fact that God had His hand in it all. 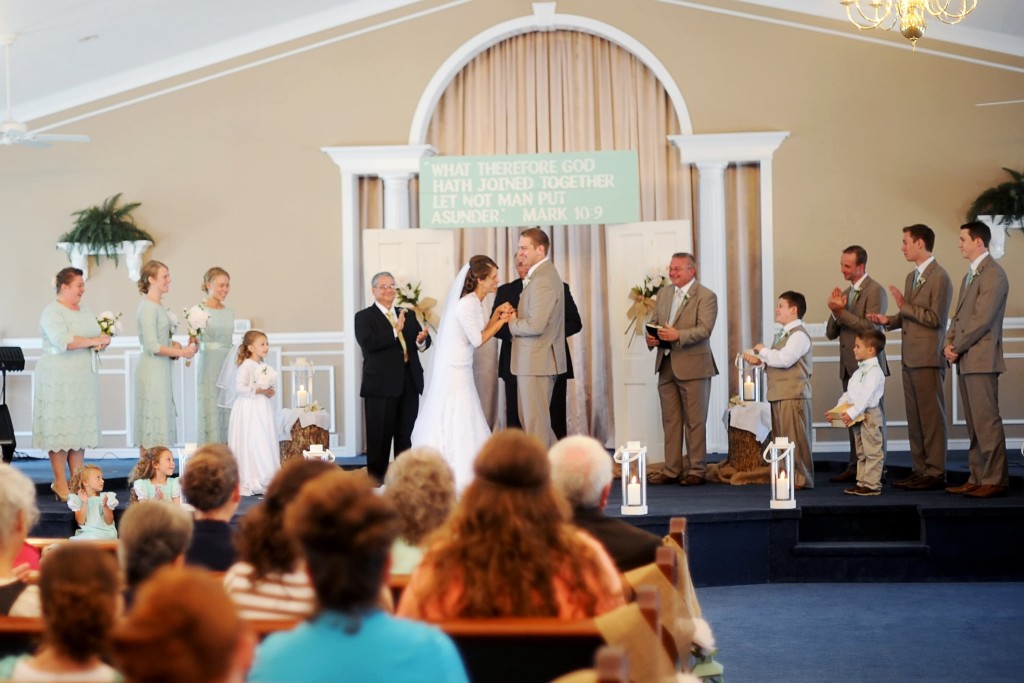 A unique detail of the ceremony was that we chose to replace the usual unity candle lighting or mixing of sand, etc. We read to one another scriptures that we had chosen that reflected what marriage means to us, what each of our roles are in the marriage, and what God intends marriage to be. Robbie had wanted this alternative ever since we first discussed the idea of marriage, and it was so important to us to represent everything we were entering into and where God is taking us in our marriage and in our ministry together. 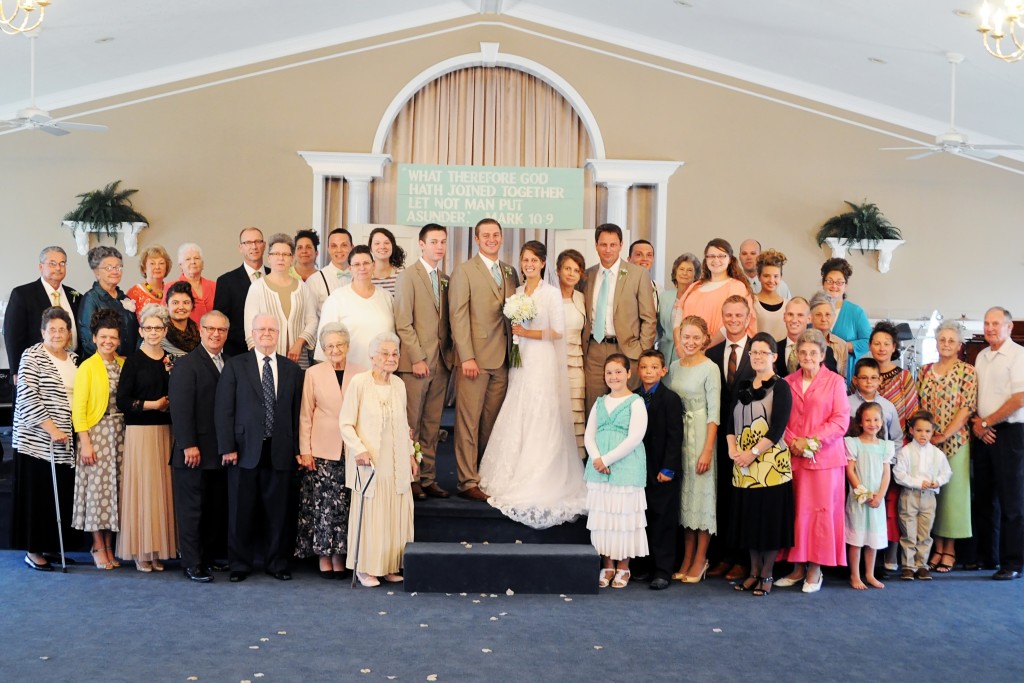 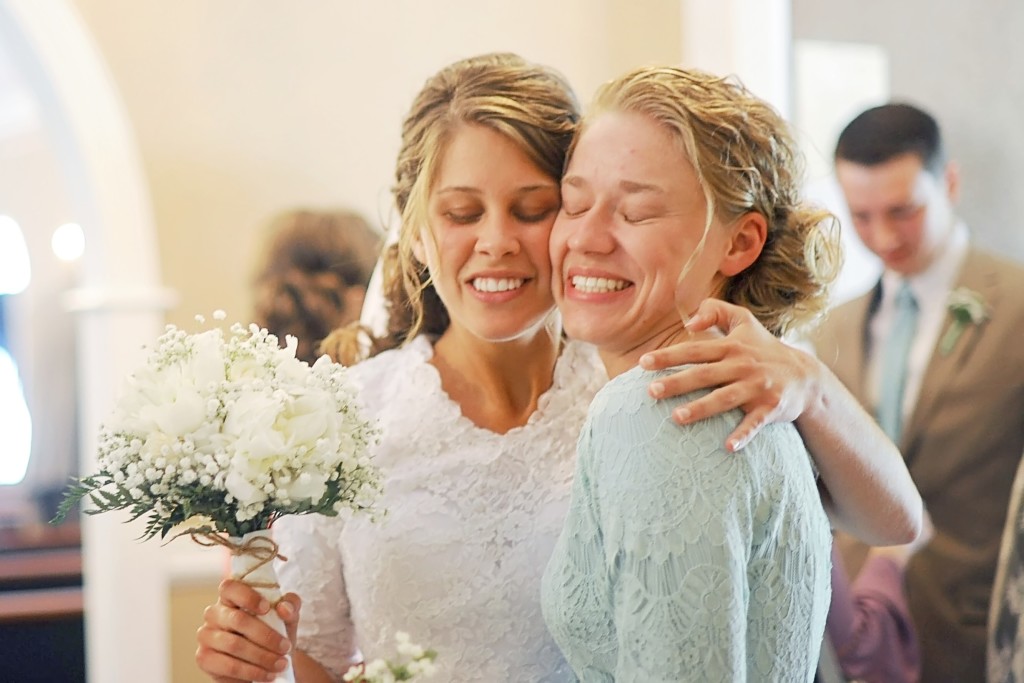 The most important aspect of the day for me was that I feel surrounded by family. My family is the most important thing in the world to me, second only to God. I have a large extended family and I wanted them involved in every part of our special day. It was the little things with each of them that stand out in my memory. My mom and my grandma helping me into my dress, the priceless shot the photographer got of my great-grandmother  and I sharing a hug—those are moments I will cherish forever. 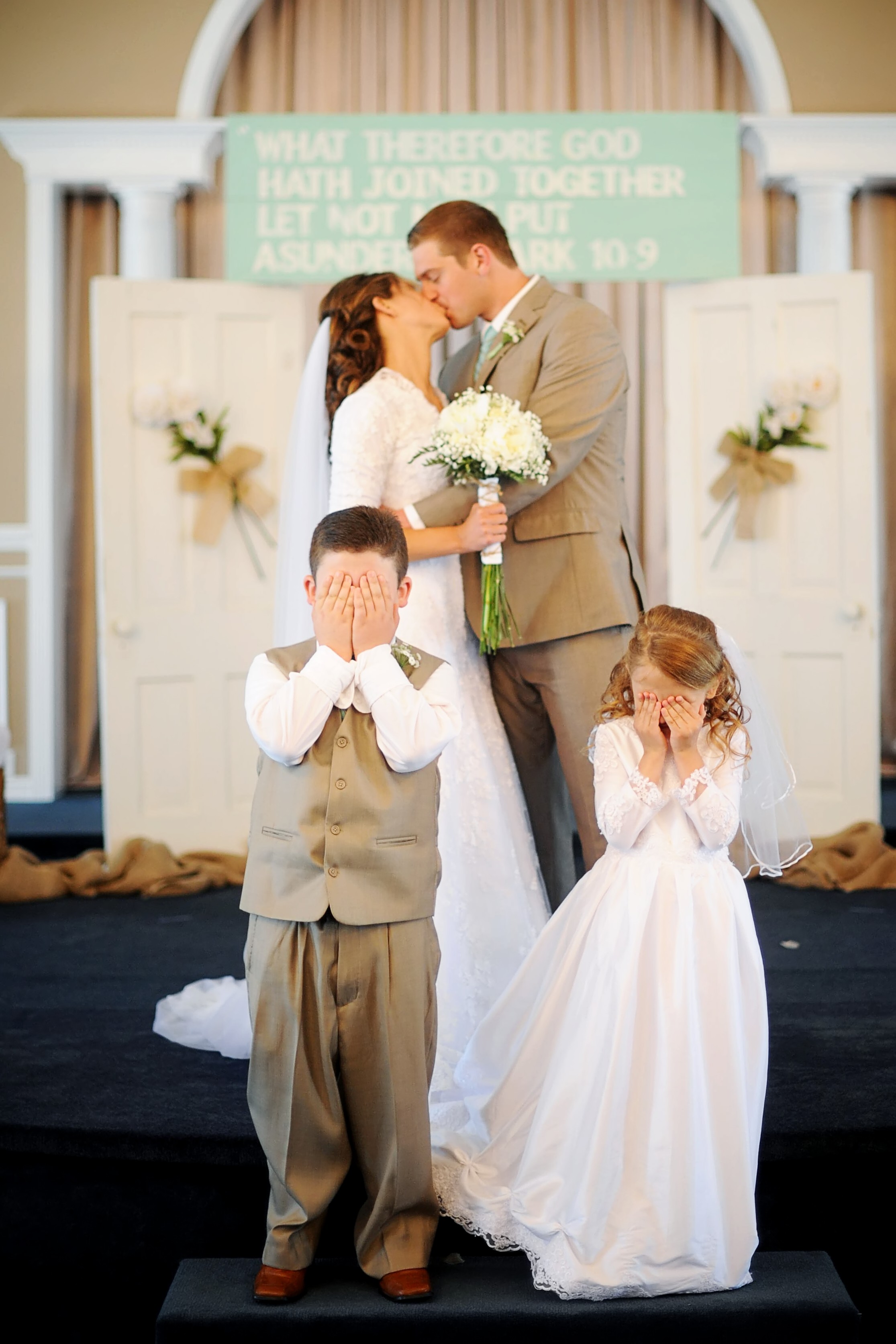 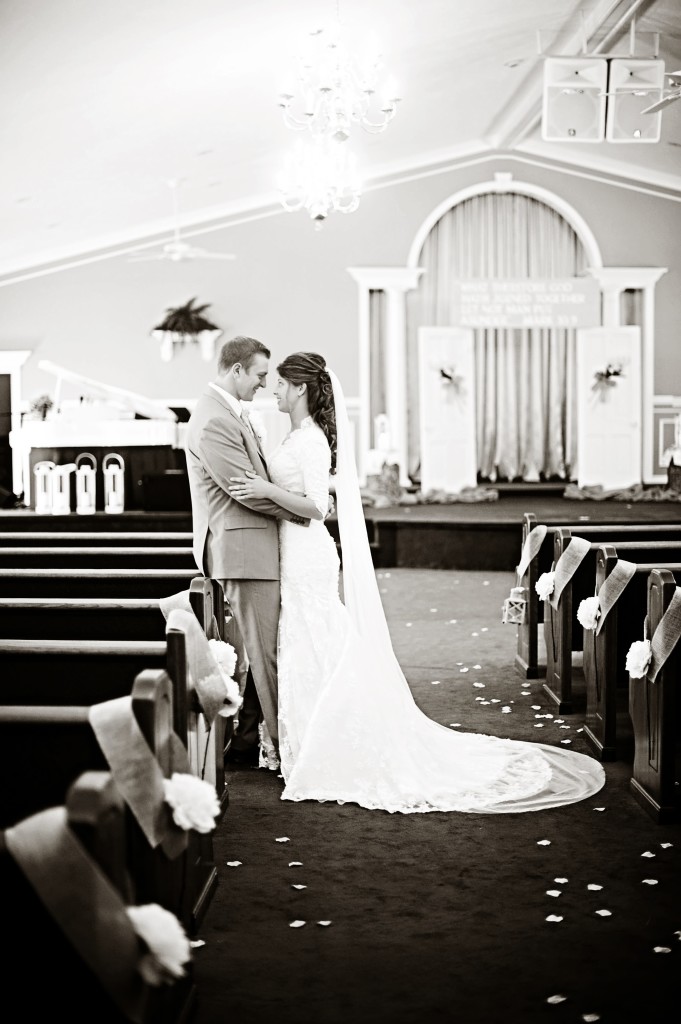 Neither Robbie nor I wanted a very large wedding party, and just wanted to focus on enjoying our time with everyone we loved. We did not have a big send-off with thrown rice or anything of that sort. In fact, by the time we left, the photographer had already gone. We had already made the decision together that rather than rushing off, we wanted to stay as long as we could and enjoy ourselves at the reception. We wanted to be able to talk to the people that mean so much to us and that came so far to share our happiness. 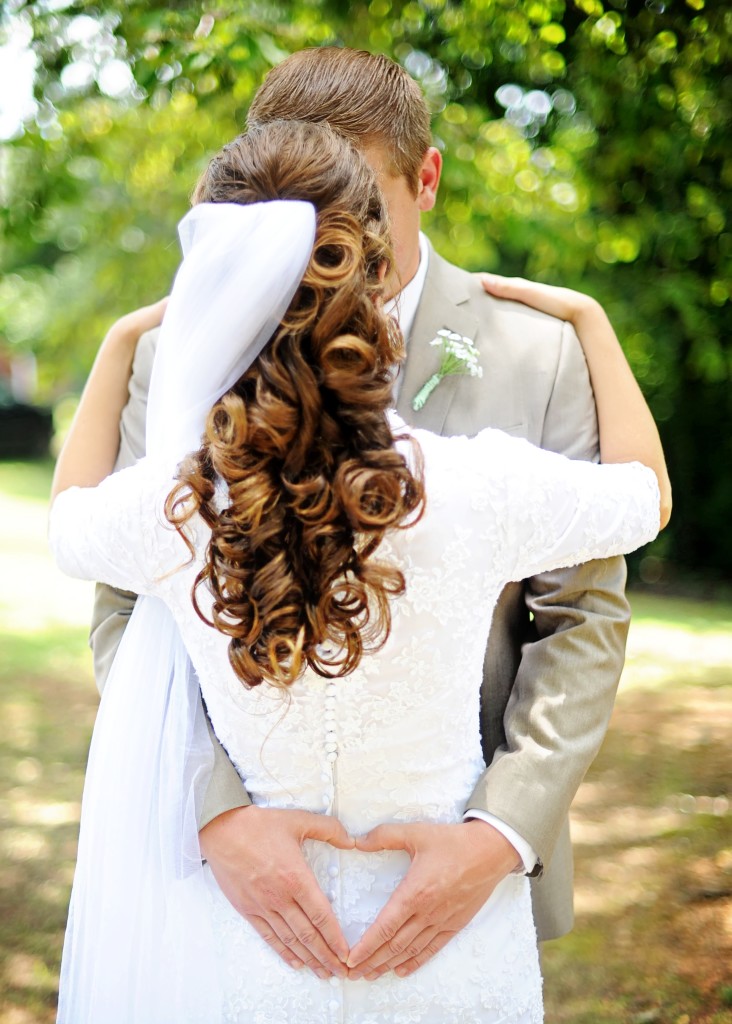