We’re so excited to have you join us, Brooklyn, as part of the She’s Intentional team! You’re not a stranger around here as you’ve been a Dainty Jewells model for a few years, and also have an album you released a few years ago, but we would like to get to know the lady behind the beautiful face and voice we’re familiar with. Can you tell us a little about yourself and your background?

Well, a little about me. I was born and raised in Arkansas. I lived in a small town for most of my life, until we moved to Little Rock when I was 14. It was a big change for me even though we had only moved 30 minutes away from my hometown. I knew a few young people at Bro. Holmes church from going to conferences and youth camps, but not a lot. I had to learn to adapt to the size of the church and also a new school and new friends. However, everyone was very welcoming and it quickly became my home. I’m thankful that my parents sent me to youth conferences and camps! It helped me to open up as a person and I gained lots of friends from all over because of it. From there, I graduated from high school, went to college and got my Associates and got married. There’s a little in between, of course, of meeting my husband, but that’s a whole different story! Now, I’m a wife and a stay at home mom with my sweet boy, Finley. I love it. Being a mom is the absolute best job in the world in my opinion. Kids bring so much joy and a totally different perspective to the meaning of life. I don’t just sit at home though. TRUST ME. Being a mom is a full time job. Especially a stay at home mom. Trying to keep up with house cleaning, an infant that is into everything (but I love it!), and doing my instagram resale shop, “The HoneyB Shop” on the side is definitely time consuming, but it’s what I want. I wouldn’t change it for anything. 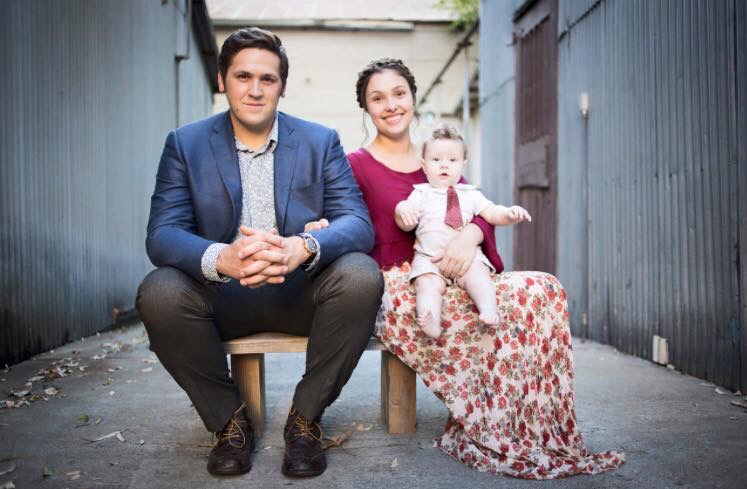 We noticed that you moved from Arkansas to California when you got married, and now have a precious little boy. We feel like this transition is one that many women can relate to, as they get married and move, or make the transition to motherhood. Can you tell us your personal experience with these changes? Was the transition to a new place and leaving your family difficult? How is that transition coupled with that of becoming a Mother?

Whoo, that’s a tough one. I’m still transitioning into the change of moving. It has been really tough on me. The hardest part for me has been being away from my family. I’m very, very close to them. I remember thinking to myself before I moved to California, “How does my mom talk to her mom everyday on the phone?”. Well, lets just say that I have exceeded that part and figured out very quickly how she’s able to. I talk and FaceTime my mom or family at LEAST once a day. Usually more! I’m still adjusting. As far as the church—I feel very welcomed here. So that part hasn’t been too hard on me. As far as the transition into motherhood.I really don’t think there is a way to actually prepare yourself until you’re actually a mother. You can read all the books you want, but the reality of it is that you just have to learn and try to mentally prepare yourself of what’s ahead. I’m not going to lie. The first few months are challenging, but then it gets easier and it seems weird NOT being a mom. 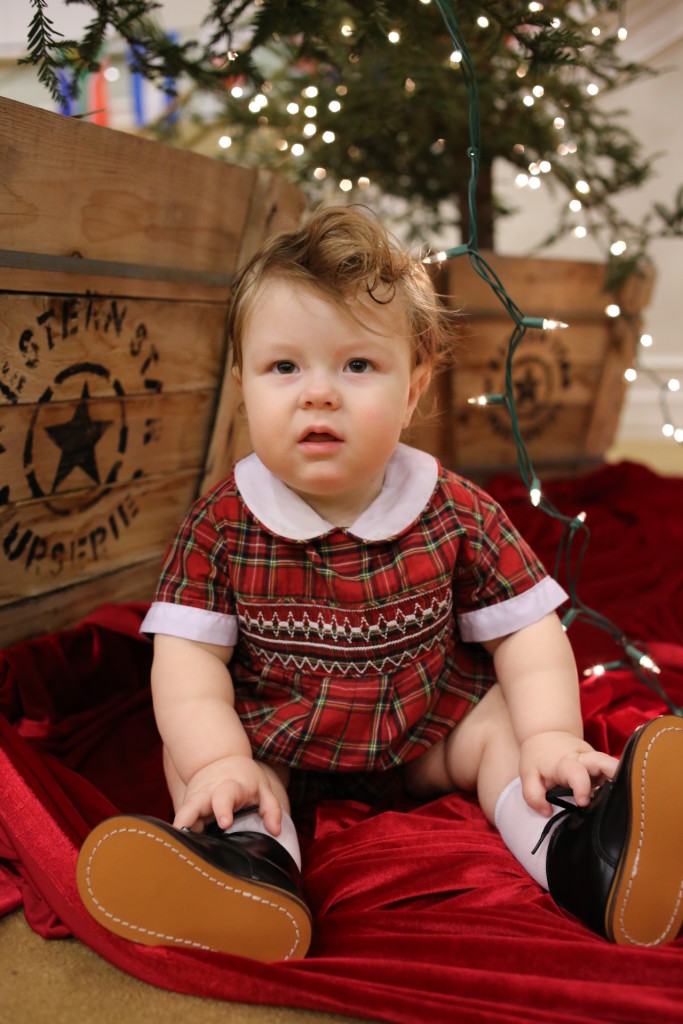 While being a wife and Mother probably keep you busy enough, we’ve noticed via social media that you also have a couple of other things up your sleeve, can you tell us about your other interests, passions, or hobbies that you fill your “spare” time with?

I LOVE thrifting! I mean I love shopping in general, but thrifting is even better. It’s like gold mining. So the goodies that I find I usually resell on eBay or my Instagram shop, “The HoneyB Shop”. I do that on the side and post as much as I can, but sometimes it takes a back burner and other things take priority. But I do love it. It’s work, but its a hobby too. Then there’s blogging. I haven’t quite gotten that one off the ground yet. It’s still a work in progress!

As women we find encouragement by sharing our authentic selves and stories, and on She’s Intentional we strive to be as real as possible in order to glorify God through our testimonies. Is there a particular time that you can look back on and know God pulled you through? How did this change or impact your faith and relationship with God?

Oh, most definitely. Not sure how I’ll be able to talk about this without crying, but I’ll do my best! On March 2, 2015, I took my baby to Arkansas Children’s Hospital. I was in Arkansas visiting my family at the time. He had just turned 2 months old. Finley just hadn’t been acting himself all day long and had a fever of 101. He was lethargic and wasn’t eating like he normally did. I was supposed to leave the next day to fly out because No Limits was two days away. We went to the ER and they took us in the back. I thought it was going to be a quick visit, and we would go home. That wasn’t the way it happened at all. 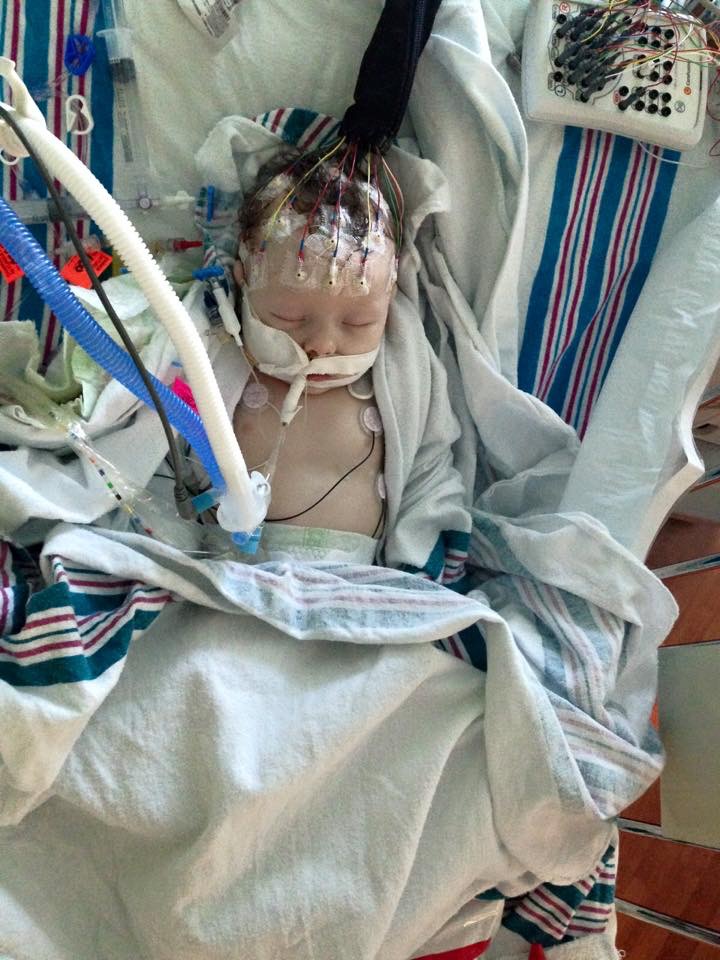 While we were in the back, they grabbed him from me, went into a room, and was immediately surrounded by at least 10 doctors and nurses. I had never heard him cry like he was doing then, and there was absolutely NOTHING I could do about it. They wouldn’t let me in the room. I asked a nurse what was happening and she told me that Finley had started to turn gray, which meant he was having respiratory failure. He was also dehydrated because he had thrown up every time he ate. They eventually sedated and intubated him and moved us from the ER to the Pediatric Intensive Care Unit. They tested Finley for everything and couldn’t find the cause of what had made him sick.  They’re best guess what just a virus that was going around. He was on a breathing tube, feeding tube, and had so many different cords coming from his body. We thought he was getting better by the third day, so they attempted to let me feed him. He was feeding fine, but that’s when I noticed the twitching on the right side of his body. Then it would stop. It would happen again for short little bursts of time, and then it would stop. 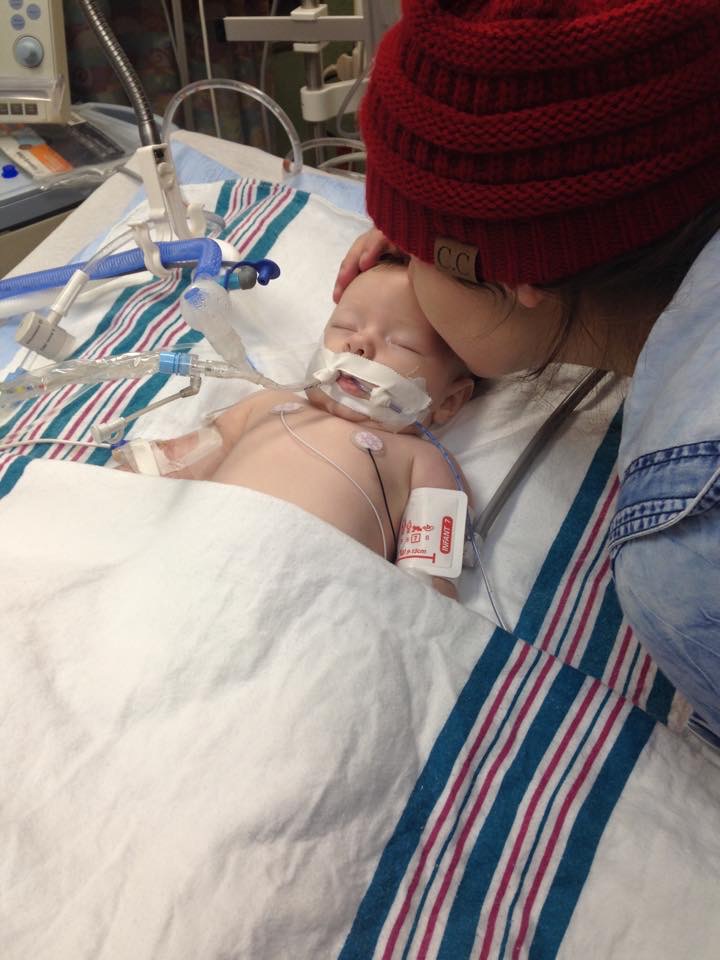 This would happen over and over again. I kept asking the nurse, “What’s wrong with him? Why is he twitching?” She just assured me that it was just nerves. Finally, my mother recognized what was happening and demanded that a doctor come in there immediately and check to see what was going on. He was having seizures. The seizures kept getting worse and were lasting longer. Eventually, it wasn’t just his right shoulder that was twitching, but the entire right side of his body. They were putting the highest doses possible into his little body to stop the seizures, but even at the highest dose of medicine, the seizures kept happening. That was the longest night in the world for me. I didn’t sleep. The monitors he was hooked up to were constantly going off. I feared I was going to lose my baby. It just so happened to be a snow storm that night, so everyone was locked in the hospital. Everyone. Because of the storm, the doctors wouldn’t be able to do an MRI to check the cause of the seizures until the next morning when the roads were free from ice. Finally, the time arrived and the doctors took him back. I had went to my parents house to freshen up and change clothes, then head back to the hospital. On the way back to the hospital, I received the phone call from my mom. The doctors had discovered that Finley had suffered from a stroke. 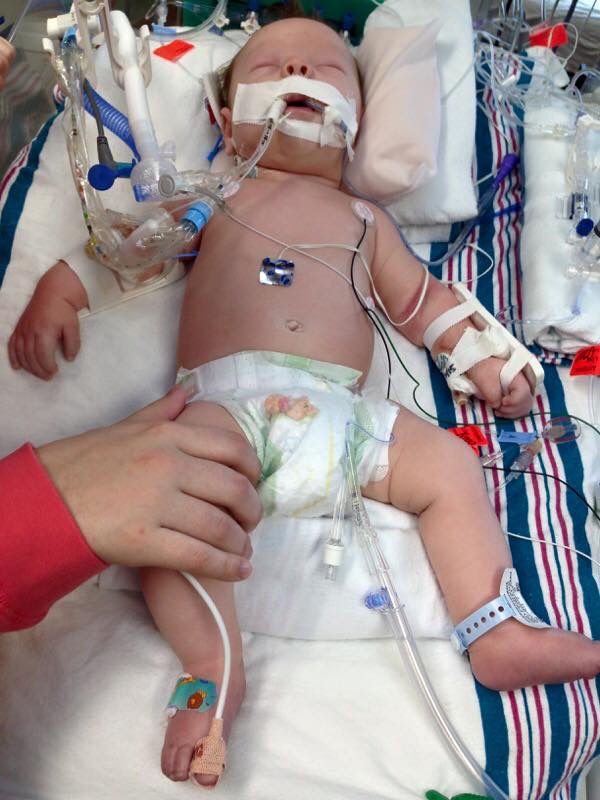 I broke down in the car sobbing and asking, “Why, God?”. I felt completely helpless. We didn’t know the extent of the damage caused from the stroke. I wasn’t sure if my baby was going to be a vegetable or if everything would be ok. The doctors did more tests and discovered that Finley had a genetic mutation called Factor 5 Leiden Mutation. It’s a blood clotting disorder. It just means that he clots easier than normal. Basically what had happened was a freak accident. The combination of the virus he had, being dehydrated, having multiple IVs and tubes in him, and the blood clotting disorder just created a clot and it went to his brain. So, we waited. We didn’t know what to expect. The doctors told us the seizure had happened in the left side of the brain, which controlled all of his motor skills. So we did the only thing we knew to do. Pray. SO many prayers from all over went up for this baby. We read Psalm 91 over him every night. The EEG machine was reading his brain activity and would let us know when he was having a seizure. The seizures slowly went away. When he was seizure free for 24 hours, the nurses slowly weened off the sedation medication. It was just a waiting game. They moved us to a normal hospital room, which meant improvement. Each day, the neurologist would come check to see how he was doing and the physical therapist would work with him. He was very weak on the right side of his body, but each day showed improvement.

The last step to going home was getting him to swallow and making sure he was able to eat. When he was able to eat normally and everything was looking better, they sent us home. That was a VERY long two weeks in life. I had know idea how I was going to make it through or what difficulties lied ahead. But I did. I had a great support system and above all else, I had God. People everywhere gave to us and my church family at FPC threw a benefit dinner when Finley was released from the hospital. We were blessed. To this day, Finley hasn’t had ANY problems at all or showed any defects or signs of weakness! He is as healthy as can be and totally normal! He is my miracle baby and I thank God everyday for him. Because of this trial I faced, I grew stronger. I learned to lean on God and trust in Him. While I was in the hospital, I remember thinking, “How do people do this without God?”. There’s NO WAY I would have been able to make it through without him. I’m so thankful. 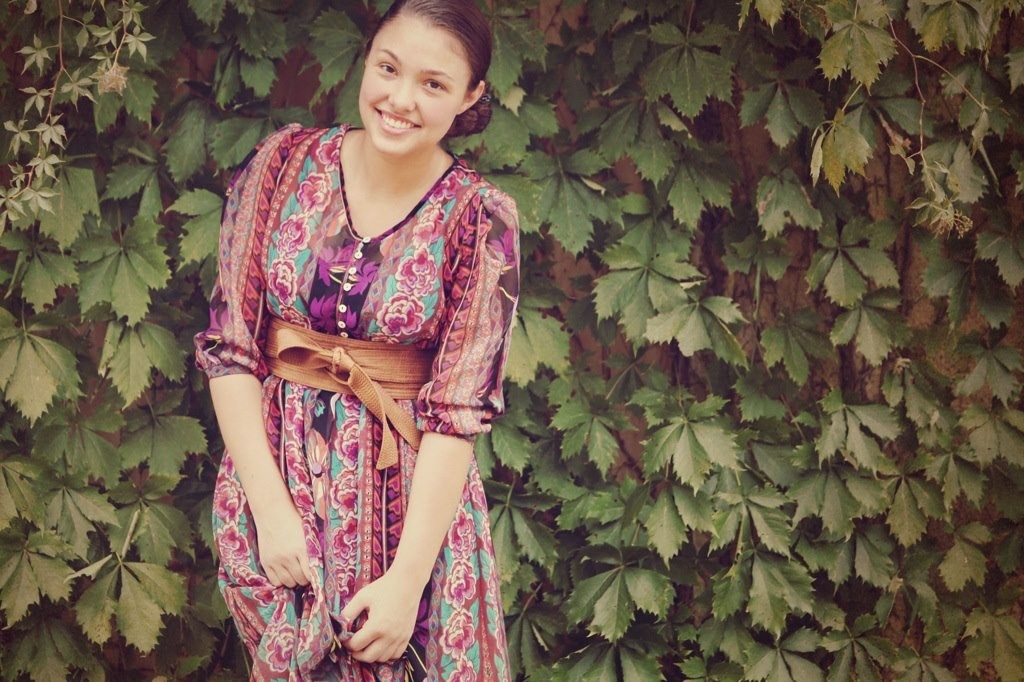 On our ending note, what advice would you give girls to encourage them to live a life of intention? Do you have a favorite Scripture you would like to share with us?

Girls and Ladies, live your life to the fullest, but do it with God by your side. I promise, the future is SO much brighter with him in it. You can live for God and follow your dreams. If you put your trust in Him, he’ll take you places you never thought possible. My favorite scripture, as I previously mentioned, is Psalm 91. When I’m going through a tough time, I read that scripture and it brings me peace.