In Pride & Prejudice, one of the most well-known and most beloved romances of all time, Fitzwiliam Darcy said to Elizabeth Bennett: “In vain have I struggled. It will not do. My feelings will not be repressed. You must allow me to tell you how ardently I admire and love you.”

Why has Pride and Prejudice effected generations of females in such a way that millions of women pine for their own Mr. Darcy every single day? Perhaps because Jane Austen captured the essence of both a woman’s heart and the realities of life within the development of her characters; perhaps because she was able to correctly see into the deepest part of humanity in who we were meant to be. She understood that love is an expression of something deeper than passion and desire, but something of a shared life, friendship, companionship, understanding.

The relationship that Katie and Jesse have exemplifies this passion, this beautiful, God-ordained togetherness that Jane Austen showed through her main characters in Pride and Prejudice. Katie has graciously shared her heart, her life, and their story with us today, and I hope your own heart is stirred as much as mine was while reading about this adorable couple! 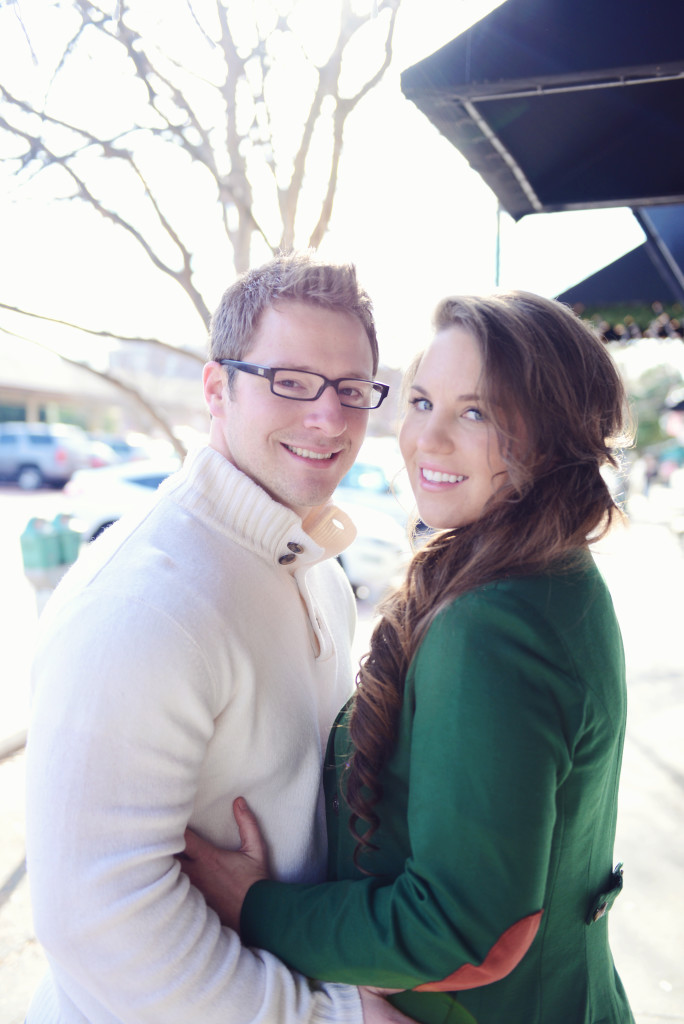 I love sharing our story. It’s my absolute favorite love story of all times. I know everyone says that, and so they should, but ours was a long-time coming and has so much history behind it that it really just seemed like a natural extension of our lives. 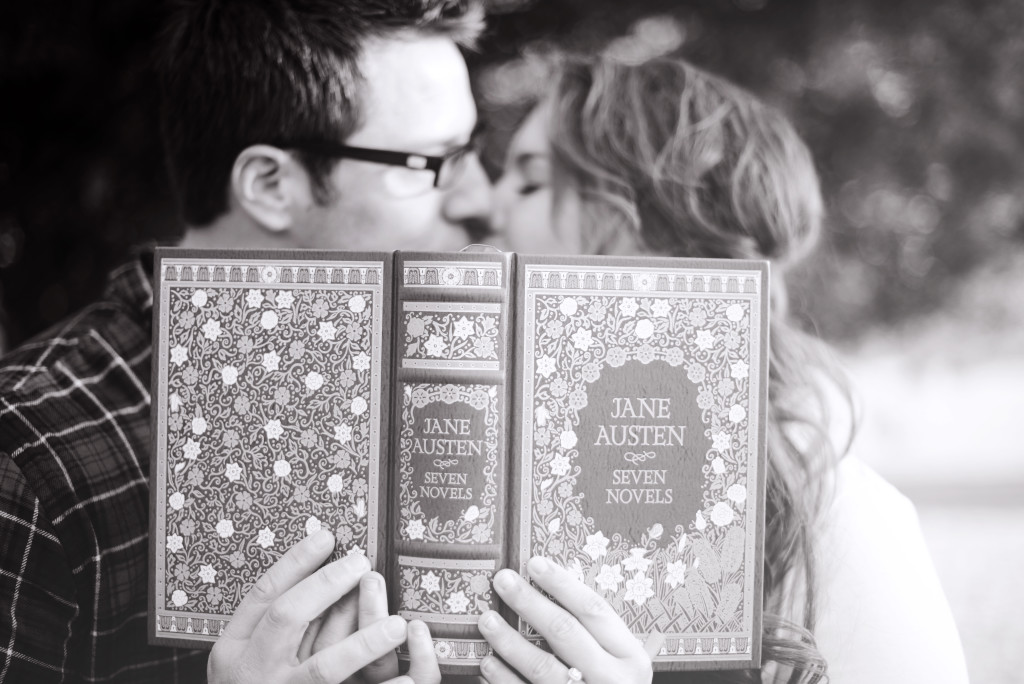 I was twelve years old and living in Milan, Michigan when two years after my father had passed away, God brought a man from Columbia, South Carolina to Michigan for work. He met my mother at our local church, and they were eventually married and we all relocated to South Carolina.

During our first visit to South Carolina, before my mother remarried and we moved, we made a trip down south to visit our new church and soon-to-be home. We stayed with a family from our future church on this visit and during our stay I met the babysitter of our host family. Little did I know that this babysitter would one day become my sister in-law. I thought she was absolutely the coolest, and being the kind individual she was, she indulged me and let me hang around with her. This was how I met my husband for the first time.

After Sunday service we were invited to dinner with my future husband’s family and that is the first time I ever met Jesse; I was twelve and he was eleven. After we moved to South Carolina, Jesse and I were of course in the same youth group and saw each other quite often through church. However, we didn’t really talk much. He seemed very quiet, which I later found out was because he had crush on me and I was constantly traveling with my family and for my dad’s job. (He still remembers what I was wearing the first time he ever met me. He says he thought even then that I was the prettiest girl he had ever seen!) 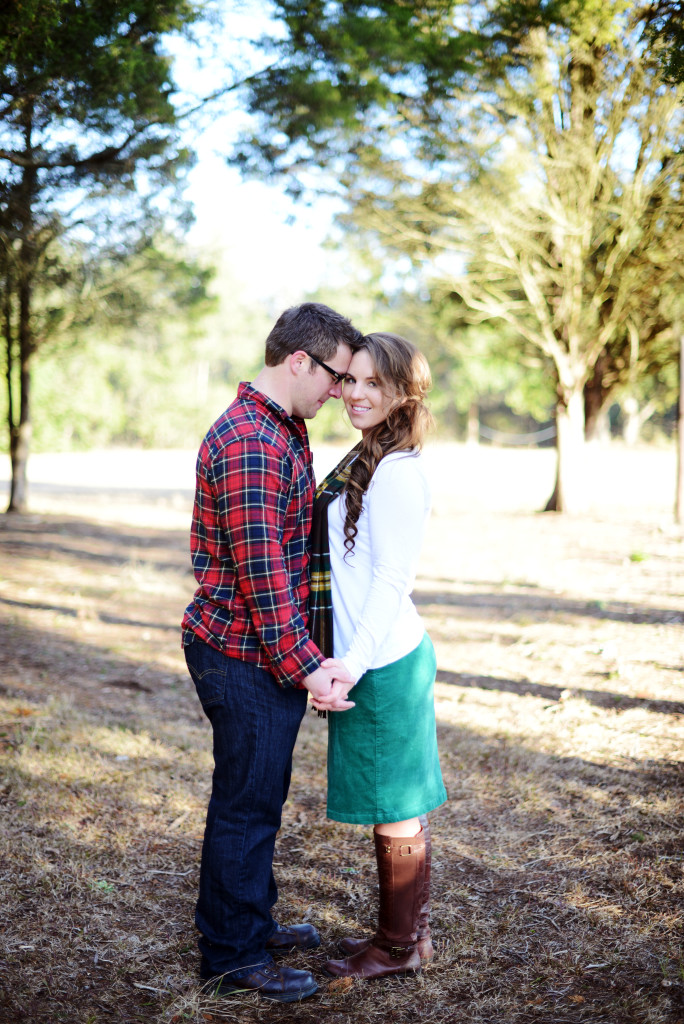 It wasn’t until I was closer to sixteen that Jesse and I really started hanging out with the same group of friends and developing a friendship of our own. After two very short lived “relationships,” I realized I wasn’t dating with the right purpose in mind. I no longer wanted to have a boyfriend just because all my friends did or date someone just because they were popular or attractive. From that point on I knew I didn’t want to date someone until after I had already developed a friendship with them and I knew who they actually were as a person. I didn’t want to waste time dating someone I wouldn’t be willing to marry, because what was the point of that?

Over the next year or so our friendship really began to grow, when finally my freshman year of college we went out on our first date. We knew after only a few months of dating that we both felt like we loved each other and wanted to marry one another, but we also knew neither of us was even close to being ready to take that step. Having always heard that issues with money was one of the biggest challenges new couples face, Jesse and I decided that we wanted to both be done with college, have established careers, enough money saved that we could buy a home, and two dependable cars before we got married. Definitely easier said than done!

While these are great goals to have, sometimes life just doesn’t turn out like the plan — but thankfully God knows what He is doing! Once we realized we were years away from being ready for marriage we decided to stop “dating” and just remain friends. I moved away for school for a little while, Jesse went through some career changes. During this time we both went through a lot of life changes, trying to figure out who we were as individuals and where we were headed in life. It wasn’t always pretty but in the end it ended up being something beautiful. 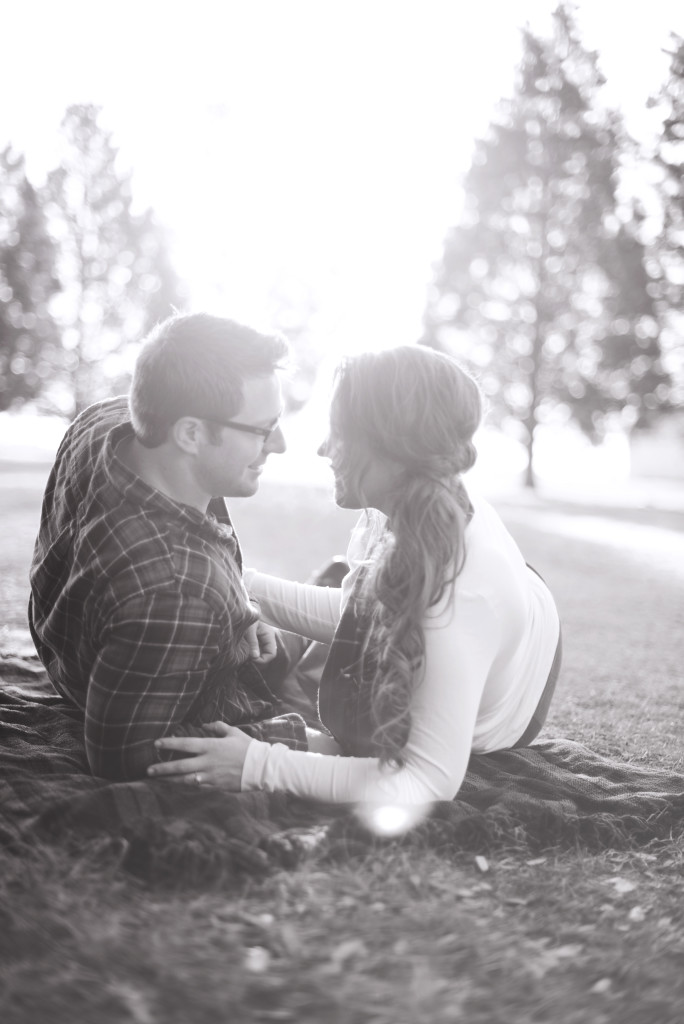 It was seeing one another go through these changes, the ups and the downs, and seeing that in the end we both were still on the same page, wanting to take our lives in the same direction, that helped us realize we were and always would be right for one another. Through everything we always remained the best of friends.

Now here we are with almost two years of marriage behind us and I am more certain now than I was then that I married the right person. Marriage is beautiful but it is also hard. Everyone always says the butterflies come and go in relationships, you have to work to keep that spark alive, and they are right! But when your relationship is so much more than just that, when you are truly each other’s best friend, you always have that friendship to fall back on, even through the hard times. 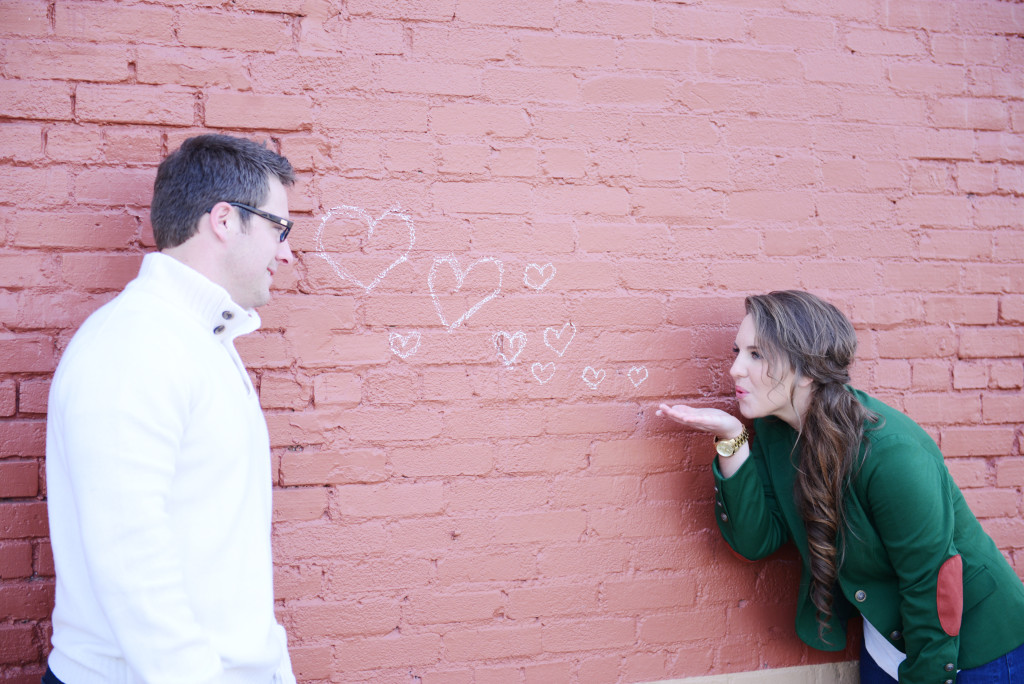 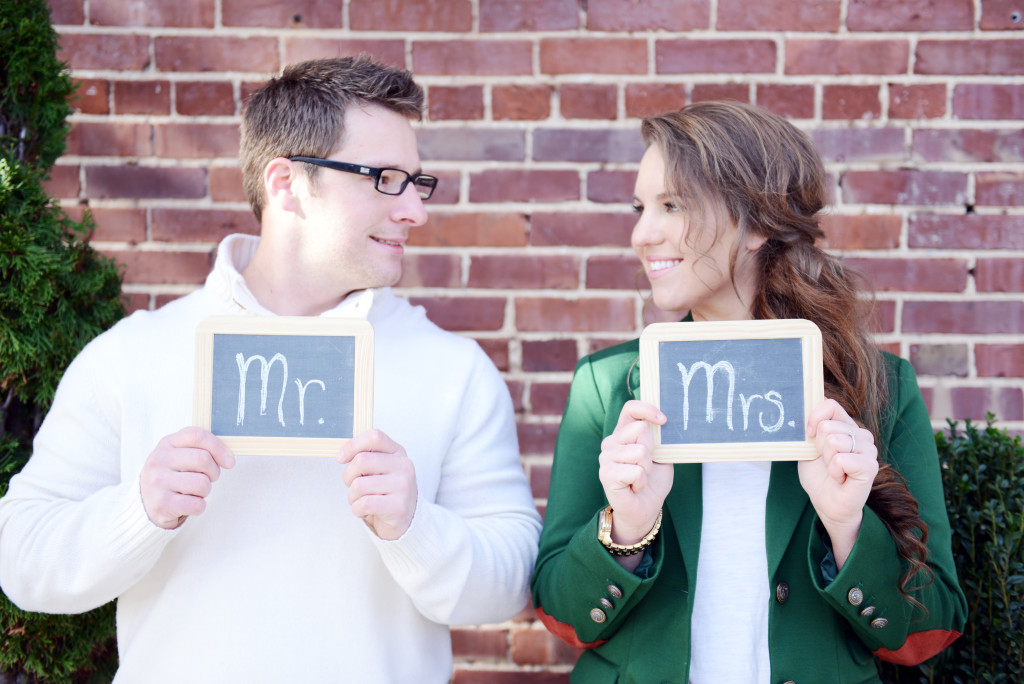 Your parents tell you before you say “I do” that marriage won’t be easy but it will be rewarding. I think I’m finally beginning to understand now what they were trying to say. I honestly have the best husband anyone could ever ask for, I’m blessed more than I deserve. Jesse has proven over and over again that he is not only an amazing husband but the best friend anyone could ever ask for. In only two years he has already been there for me through better or for worse, for rich or for poor, through sickness and health. 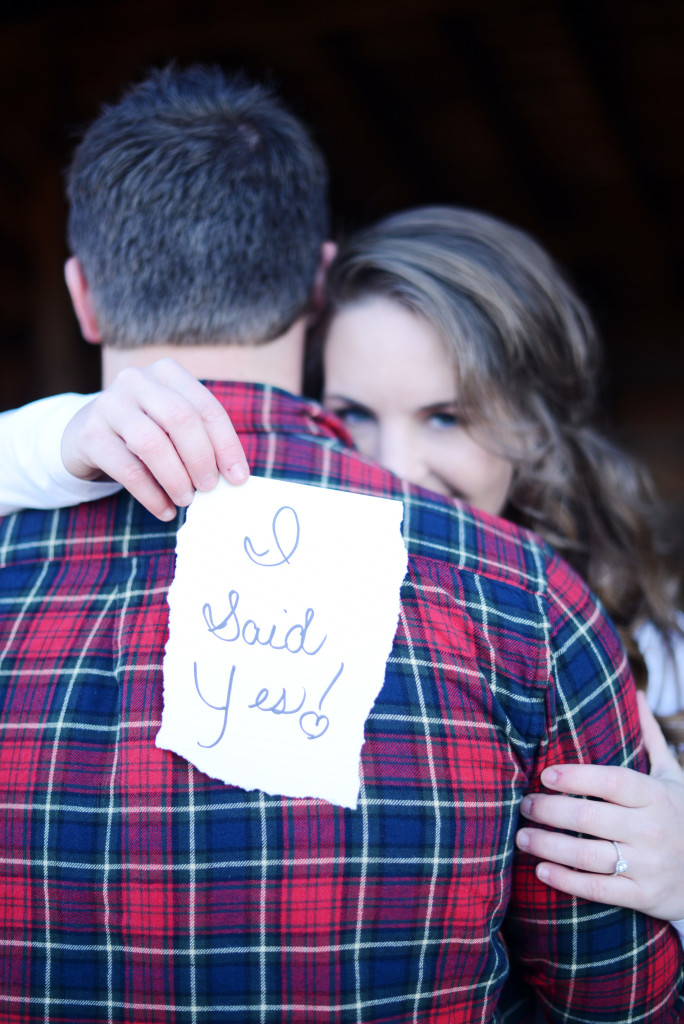 Marrying him was the best thing I ever did — and I really mean that.