It’s always amazing to me how God positions us, whether we realize it or not, for special encounters and opportunities to fulfill His purpose. I can look back over my life and see how He used both good and bad experiences to guide me to where I am now and prepare me for what I’ll face today.

But every opportunity God brings me to, I am given a choice. He gives me the power to choose how I will respond to what is in front of me.

That’s how He works.

If you follow Jesus, you’ve probably prayed that God would use you and do something special with your life. Hopefully, you have a desire to do something great in His kingdom!

I’ve sincerely prayed these prayers so many times, myself. But, when my turn does come, it always takes more than that initial surrender. When it’s our turn, we’re faced with a decision.

He brings us to something that requires incredible faith and says, “Here’s your chance, what will you do?” And in these moments, doubt, fear, and feelings of inadequacy seem to always rise up.

That little voice in your head tells you that God really doesn’t want to use you in a big way, or that your response in this moment really doesn’t matter. And, if you’re like me, that voice has talked you out of so many blessings. You see, the enemy of our souls knows how to discourage us, and he will always do his best to keep us from taking those big leaps of faith.

Sometimes it’s simply sin and selfishness that causes us to make the wrong decision. We decide we’re not quite ready to lay it all on the line for Jesus. Or, we think we know what is best for ourselves, and exactly what should happen in our lives.

At our church in Seattle, we’ve been studying the book of Esther, and it is such an amazing story. There is so much going on surrounding the events and people in this book–a lot more than you read just inside the book of Esther.

The most common thing to hear from this story is the question Esther’s cousin, Mordecai, asks her in Esther 4:14, “…Who knoweth whether thou art come to the kingdom for such a time as this?”

This question is so full of purpose!

Throughout the story, we see how God orchestrated events and put people in the right place in order to use Esther and save His people. But, when it came down to it, Esther had that same decision to make. Was she going to take that step of faith and go before the king, or would she chicken out and back down? 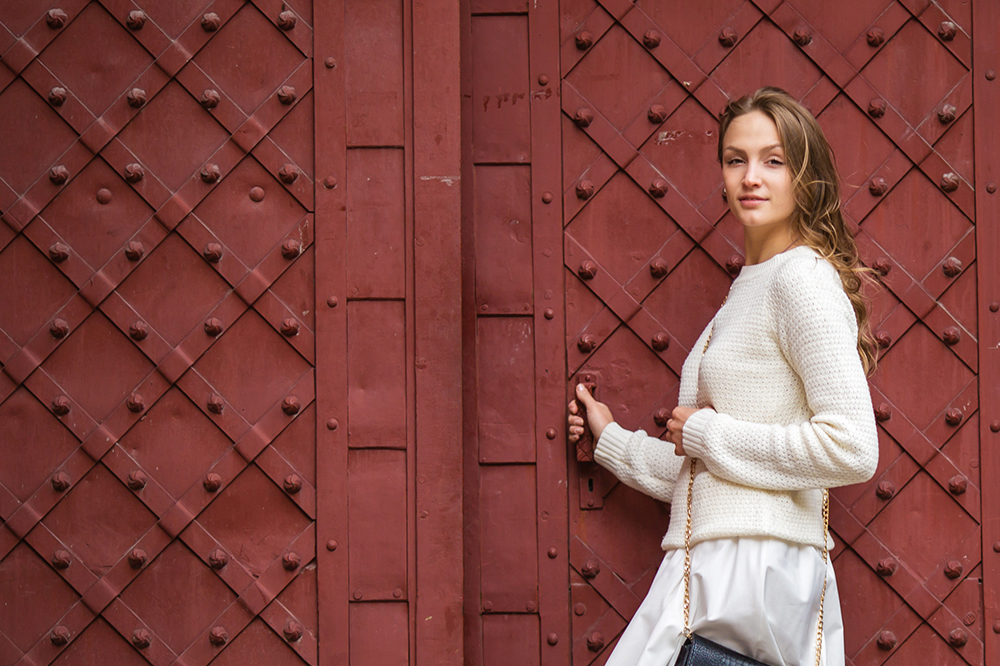 I find the first part of Mordecai’s statement to Esther so interesting. Esther made a valid point that she could lose her life by approaching the king when she hadn’t been invited. But Mordecai’s response was,

“Think not with thyself that thou shalt escape in the king’s house, more than all the Jews. For if thou altogether holdest thy peace at this time, then shall there enlargement and deliverance arise to the Jews from another place; but thou and thy father’s house shall be destroyed” (Esther 4:13-14).

The truth is, God would have saved the Jews with or without Esther. God always sees His purpose fulfilled.

So, why was Mordecai convinced that Esther’s inaction would destroy their family?

That’s where we break the walls of the book of Esther and look at the context.

Haman, the enemy of the Jews, is identified as an Agagite. Most scholars believe this is in reference to Haman being an Amalekite, perhaps a direct descendant of King Agag.

If you turn back to I Samuel 15, you find the children of Israel facing off against the Amalekites, specifically, King Agag himself. This was King Saul’s turn to make a decision, and he made the wrong one. He disobeyed God’s commands and brought back Agag as a trophy.

It was this decision that caused God to tear the kingdom away from Saul and give it to another.

Besides Saul being crowned king, there is no other event that impacted his family so much as this one horrible choice. Not only did he lose the kingdom, but his sons would all soon be killed on a battlefield, and Saul would commit suicide.

Now, Saul was the son of a man named Kish, from the tribe of Benjamin. In Esther, chapter 2, we find that Mordecai himself is also a Benjamite, and a direct descendant of Kish.

Saul, Mordecai, and Esther are all from the same family.

Saul’s choice about Agag not only destroyed his immediate family, but had impacted his extended family for generations. Now, it’s Esther’s turn to face the Amalekite, the Agagite, Haman.

What choice would she make?

Now, you understand why Mordecai said what he said. “Esther, our family knows full well the impact of not stepping up when it’s your turn. God will save his people if you don’t act, just like he replaced Saul with David.”

Saul failed when it was his turn.

What will you do when it’s your turn, Esther?

What will you do?

God brings us to opportunities to fulfill His purpose and do something worthwhile in the Kingdom. He brings us face to face with our destiny, but we have to make the choice to act with great faith or walk away.

If we choose to walk away, God will still see His purpose fulfilled. He will accomplish His will, with or without you. But, don’t let that fool you into feeling like there’s no real pressure to act.

We are ultimately the ones most impacted by a decision to walk away.

What will you do when it’s your turn?

Make the choice right now to say, “Yes.” You may not be totally prepared when that decision is handed to you. But if you make the choice now to always say yes to God, you’ll make the right decision when the time comes.

You may have been prepared, trained, and strategically placed for such a time as this.

It’s your turn. What are you going to do?