Two of the things I love most about fall: pumpkin everything and s’mores on the bonfire. I’ve combined the two into a single scrumptious recipe: the pumpkin s’more cupcakes! These cupcakes sit atop a chocolate graham cracker crust and are topped with toasted marshmallow frosting. They’re absolutely delightful!

Combine the crust ingredients in a small bowl and mix well until combined. Press 1 tbsp of the crust mixture into the bottom of each of the 12 cupcakes liners. Bake the crusts for 6 minutes to set. Remove from the oven and begin the cupcake batter.

In a large bowl combine the pumpkin puree, eggs, oil, vanilla, and sugar. Mix the remaining cupcake ingredients together in a separate bowl. Slowly add the dry ingredients to the pumpkin mixture and mix well until combined. Pour the batter equally among the cupcake liners, no higher than 3/4 full. Bake for 20 minutes or until a toothpick, inserted into the center, comes out clean. Once baked remove from the oven to cool.

Once the cupcakes are cool begin the marshmallow frosting. Combine the egg whites and sugar together in a bowl and mix on high for 7 minutes or until the mixture becomes glossy and stiff peaks form. Top each of the cupcakes with frosting and use a handheld lighter to toast. Enjoy the tastes of fall! 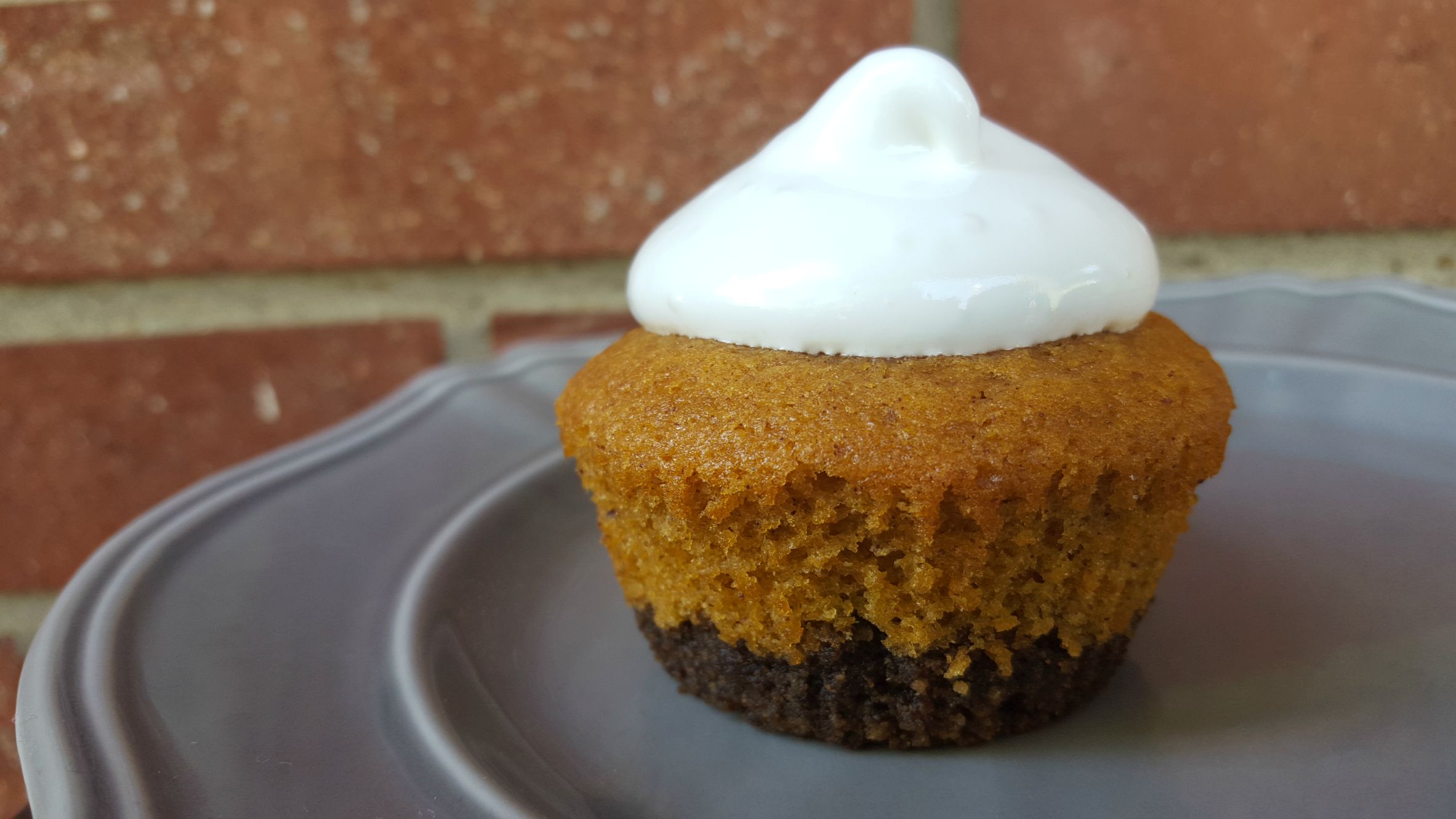 What’s your favorite fall-time recipe? We would love to hear about it in the comments below!

Then after you’ve done that, be sure to try out our pumpkin s’more cupcakes, take a photo of them and tag us on Instagram (@ShesIntentional + #ShesIntentional) so we can see your perfect cupcakes!