Some couples get married after a whirlwind romance, but that isn’t how it happened for Kelly and Michael. After three years of dating, many girls would be anticipating a proposal. For Kelly, it came as a complete shock: “Even after many conversations and plans, I assumed it would be a while before Michael got down on one knee.”

The proposal happened on a cold, wet, rainy day. It was November 22nd, the weekend of Kelly and Michael’s three-year dating anniversary. They relived their first date by ice skating at the Houston Galleria and having dinner — though unlike their first dinner date at Taco Bell, this meal was significantly nicer! 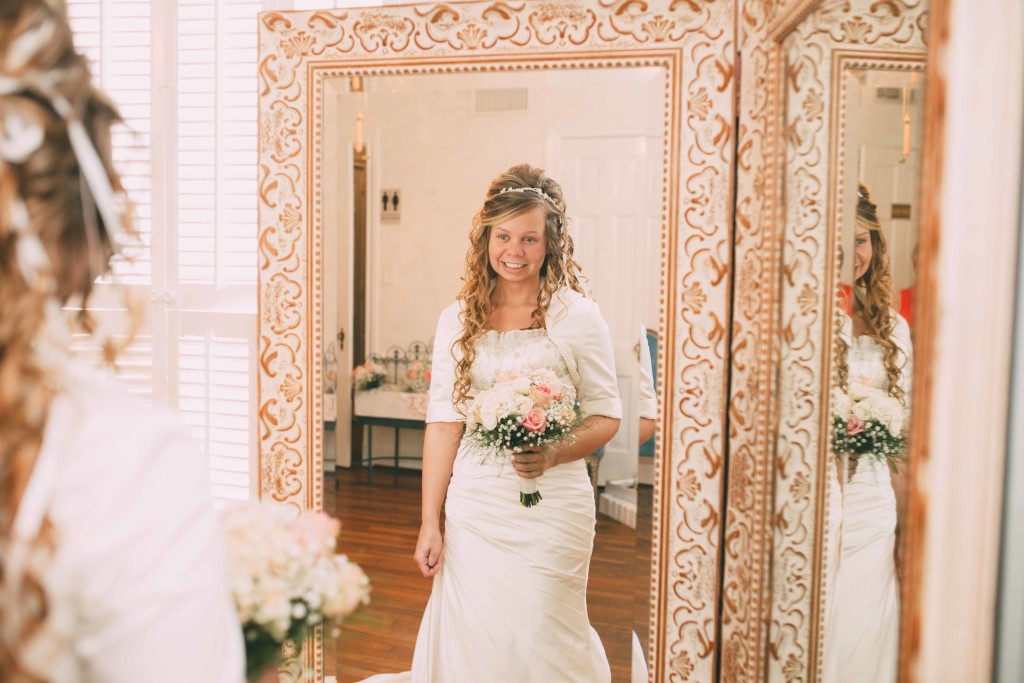 “I never suspected a thing,” Kelly says. “We went for a walk in front of the Houston Water Wall, and that’s when he shocked me by giving me a gift wrapped in white paper. In it was a beautiful watch with engraving on the back of the face: Kelly Flores (his last name) 11/22/14. When I looked up, he was on one knee. I said yes — then I said very little for the rest of the day due to shock!” 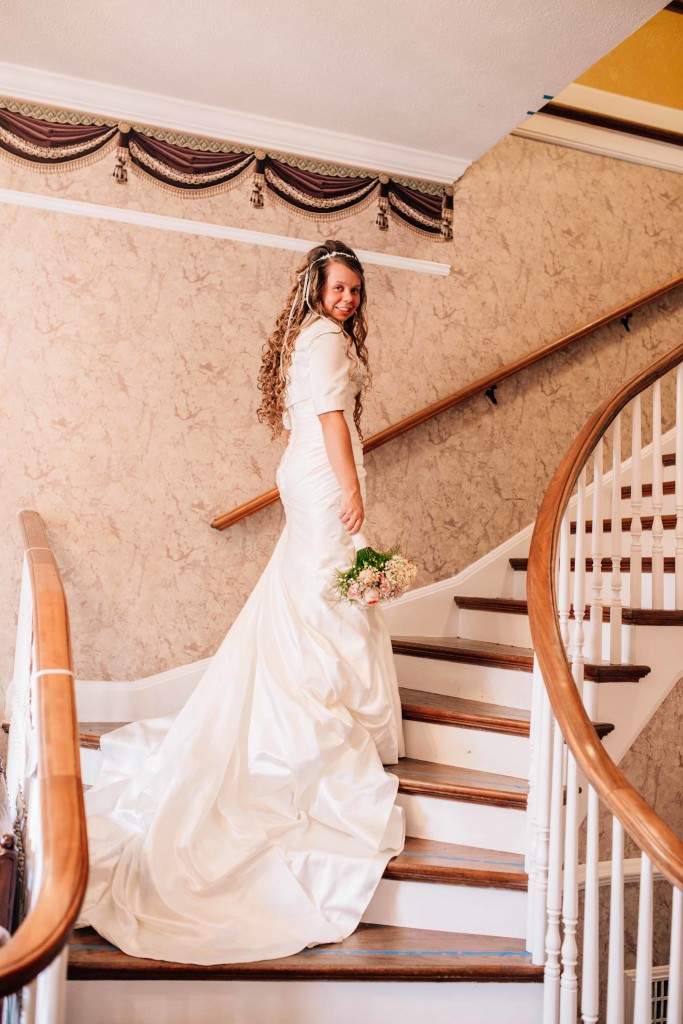 A week after the proposal, Kelly walked into a small bridal boutique and made an appointment on a whim. She found her dress there and had a special ruffle added for extra coverage at the neckline. She also found a gorgeous Bolero jacket with a collar that really made the dress feel like hers (thank you, Etsy!). Once Kelly had her dress picked out, she secured the venue: a gorgeous estate home with a chapel and dining hall. Michael and Kelly decided on May 23rd for the big day — exactly 3-1/2 years to the day of their first date — and chose to have a small, intimate wedding with loved ones and close friends. 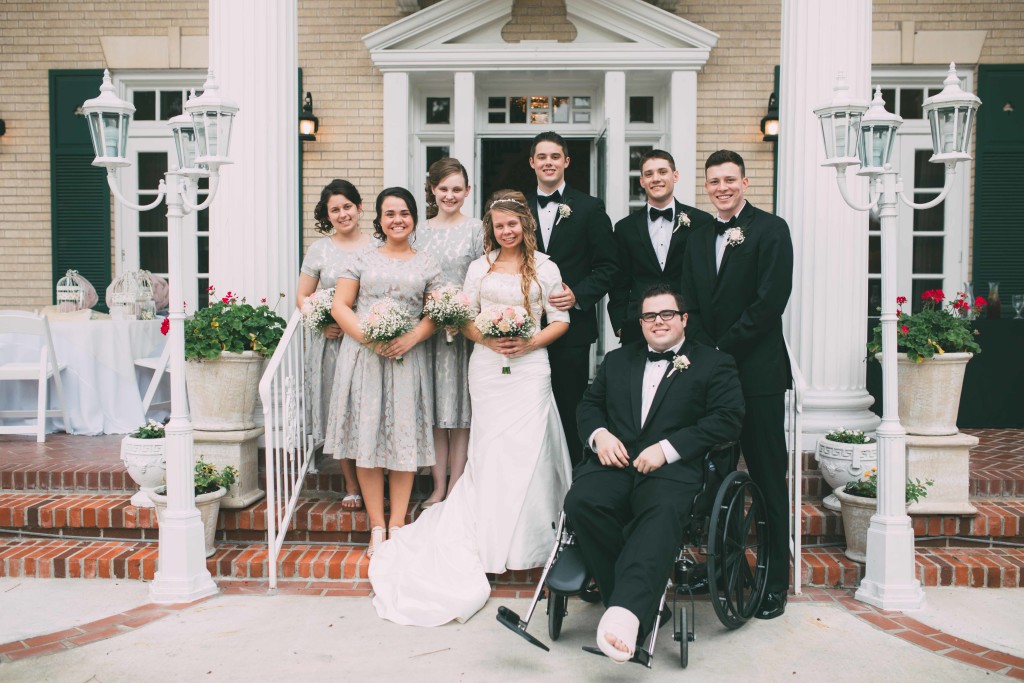 “We had some medical mishaps leading up to the wedding,” Kelly says. “First, the best man blew out his ACL and was fitted with a full leg brace just weeks before the wedding. Next, the brother of the groom, also a groomsmen, broke his ankle in several places and had a rushed surgery two days before the wedding, which landed him in a wheelchair. Michael’s uncle was hospitalized the day of the rehearsal and wasn’t able to attend the ceremony. The ministers were called to a funeral of a beloved young lady one hour before my wedding, and a favorite cousin got sick last minute! It really felt like everyone on our guest list was falling apart . . . Then the rain started.” 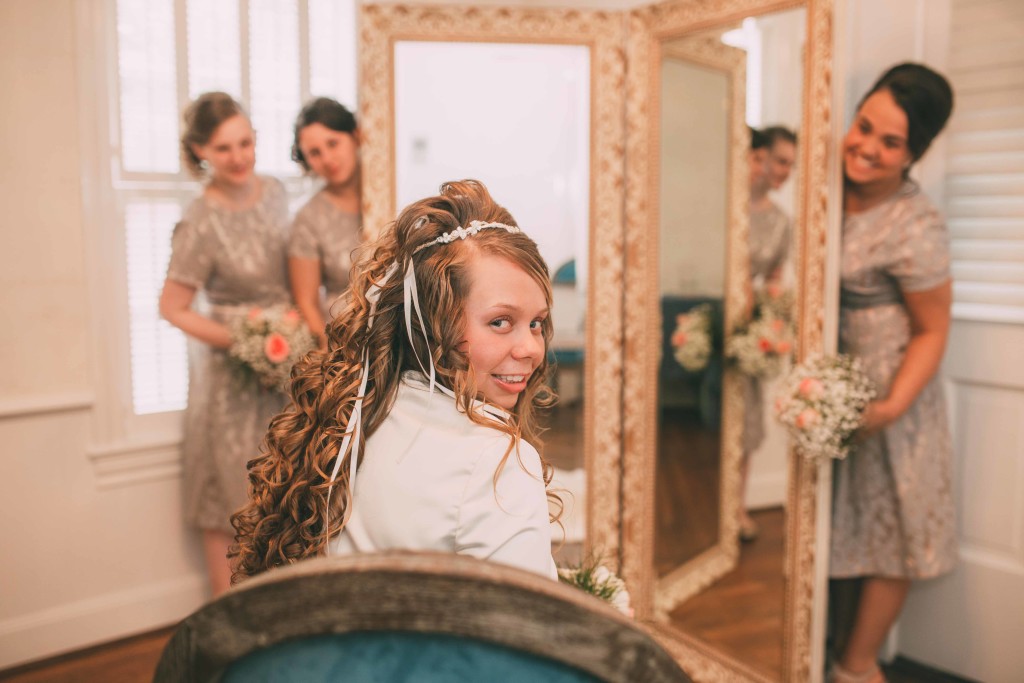 The wedding day was a blur. The wedding was set to start at 2 PM with a luncheon to follow. After waking up early to work on their hair, the bridal party headed for the venue for what was supposed to be an outdoor bridal shoot — to the backdrop of thunder. 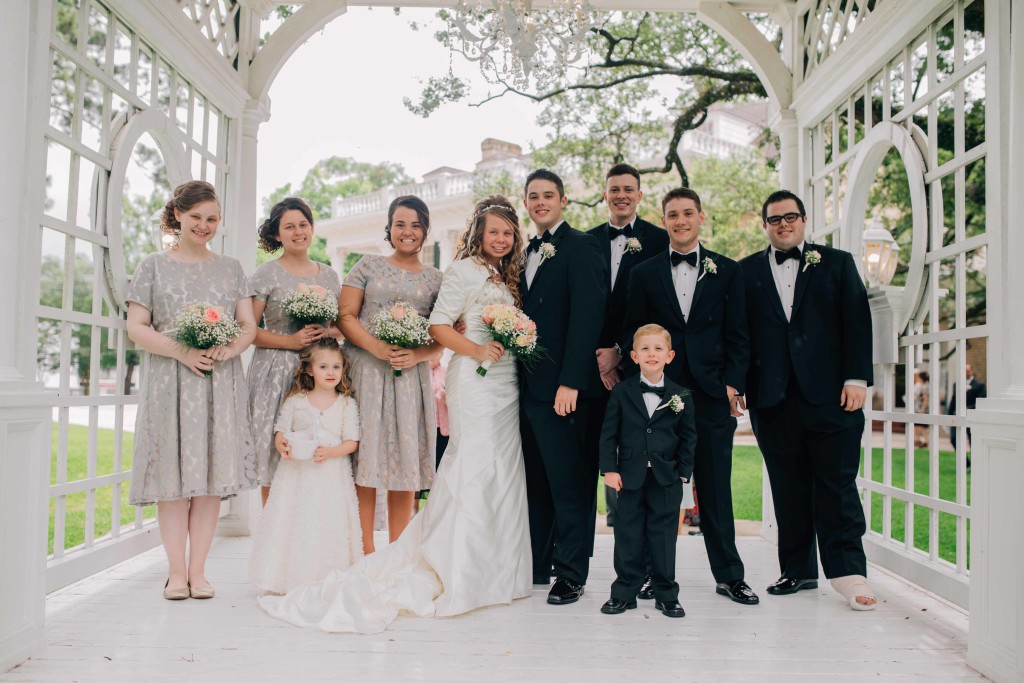 “Somehow everything came together in the end,” Kelly says. “It was perfect and special, and I think all the little mishaps made it more memorable. We choose upbeat and untraditional wedding songs that really fit who we are as a couple. The atmosphere was fun and full of love. Looking back, I couldn’t be more pleased.” 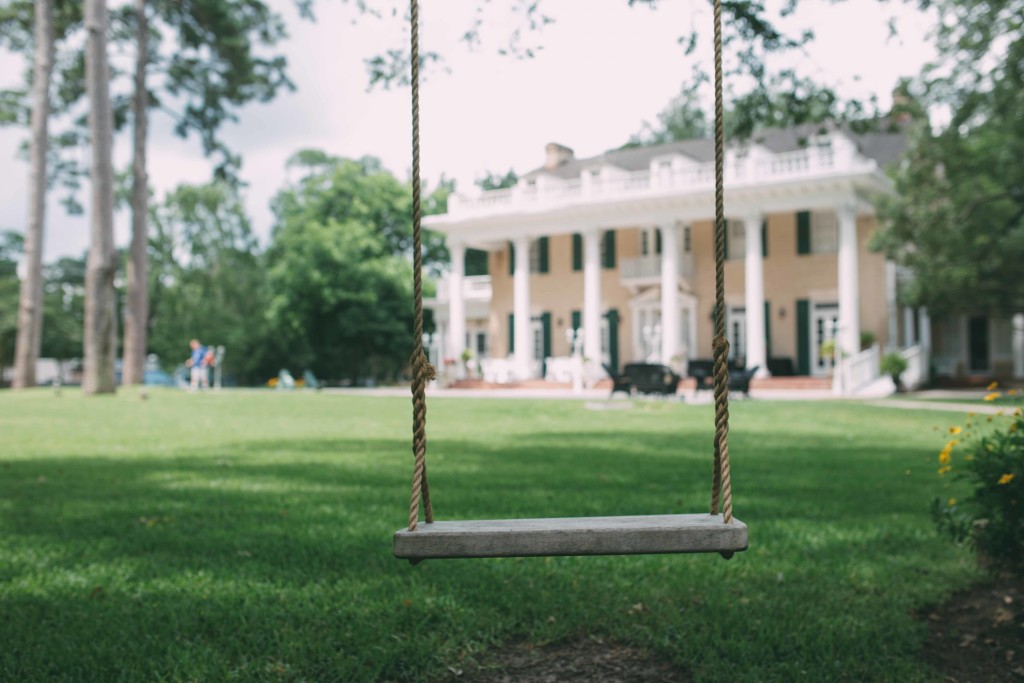 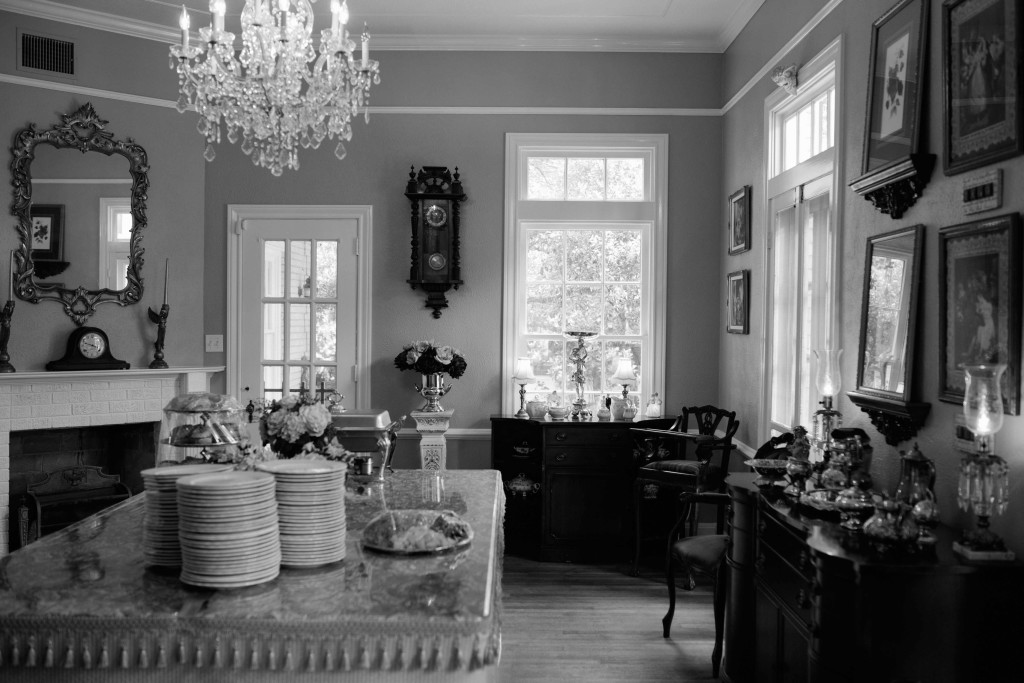 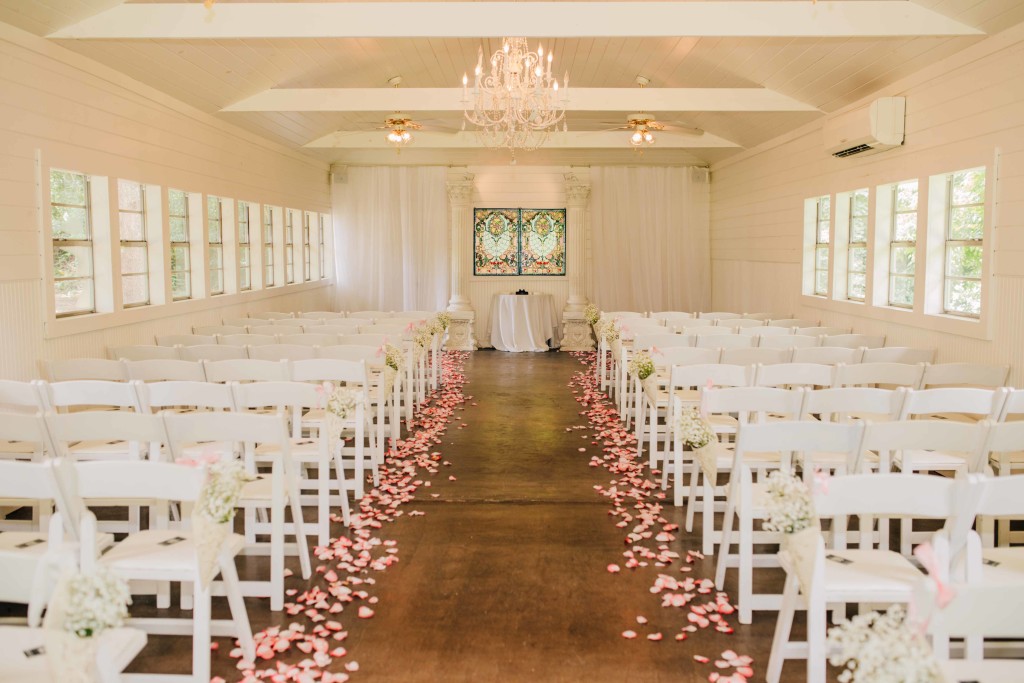 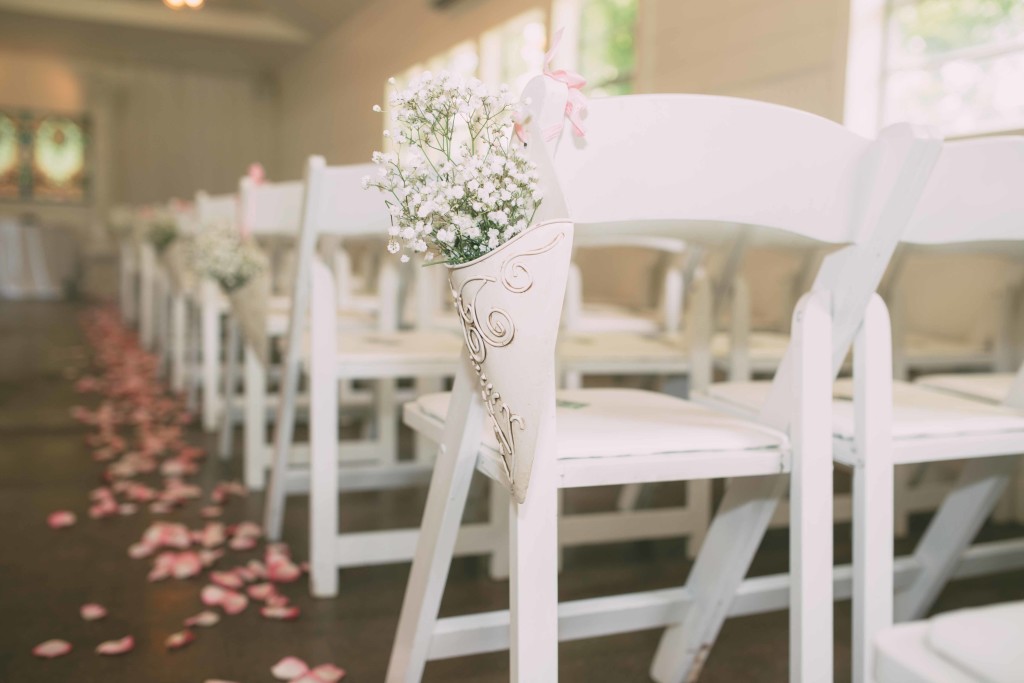 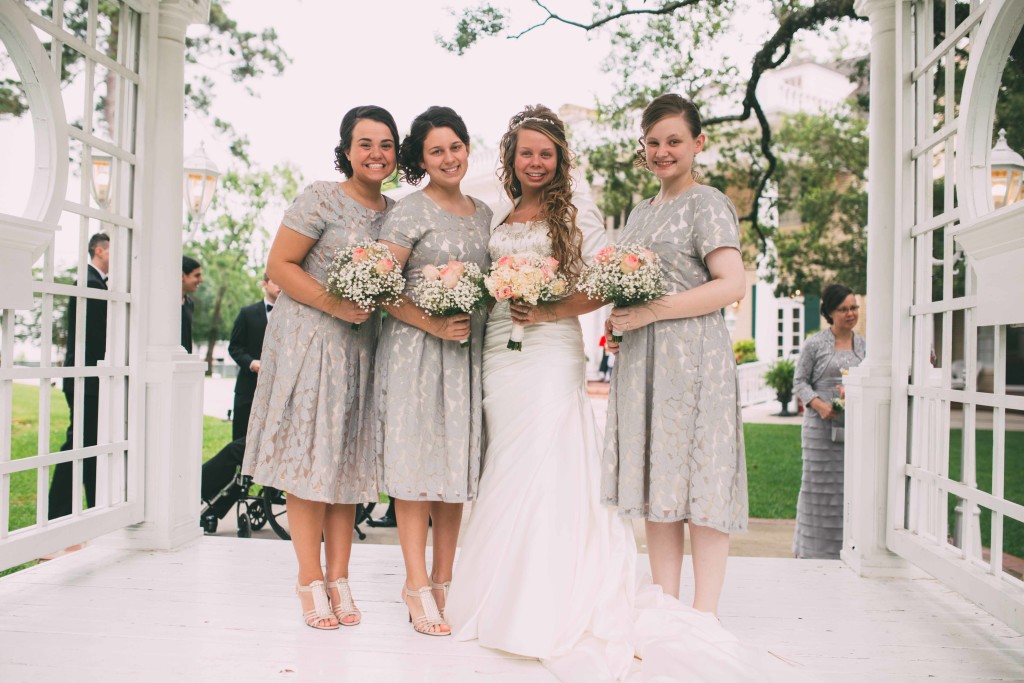 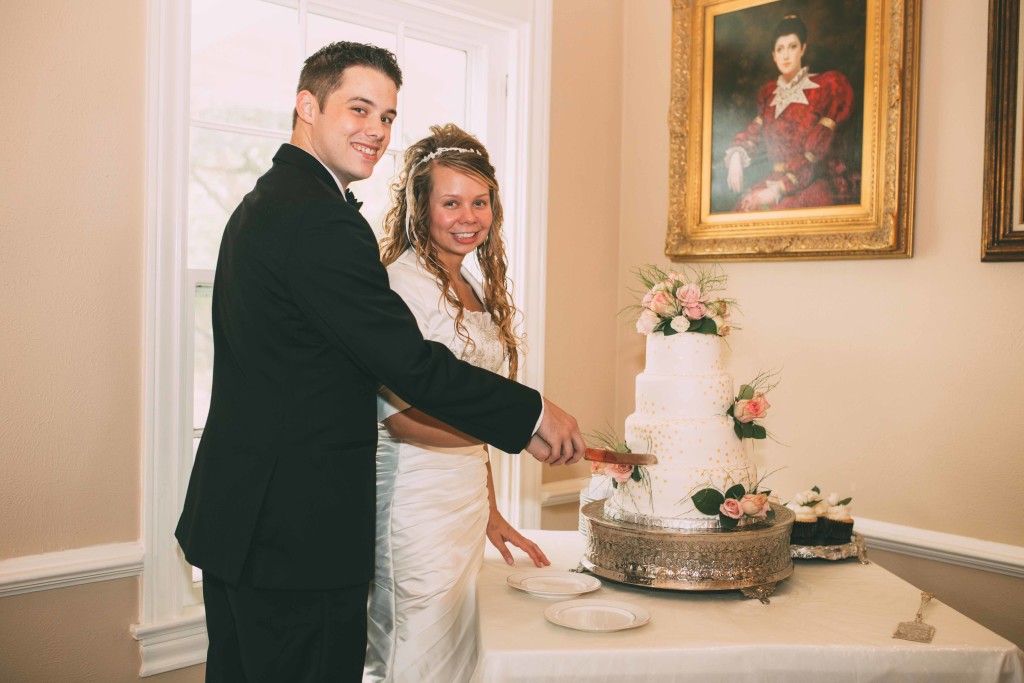 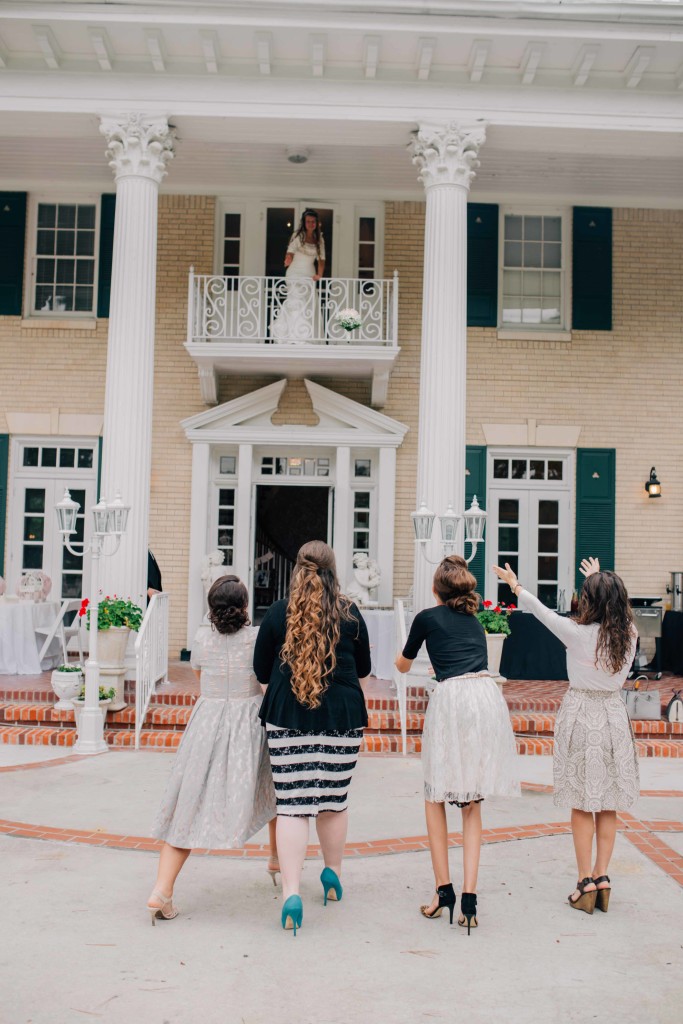 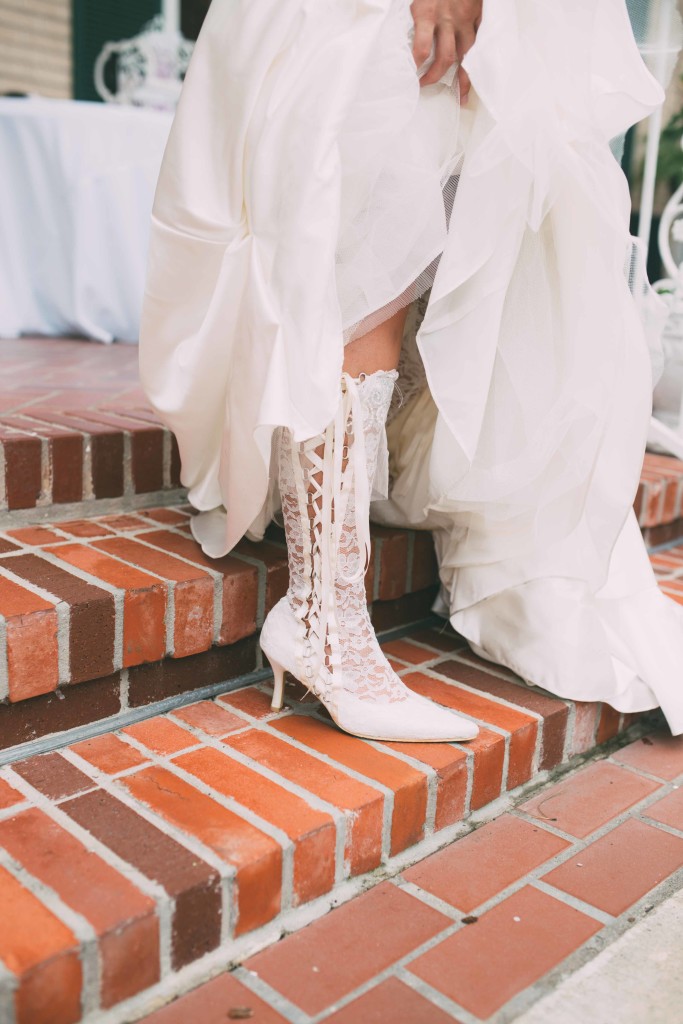 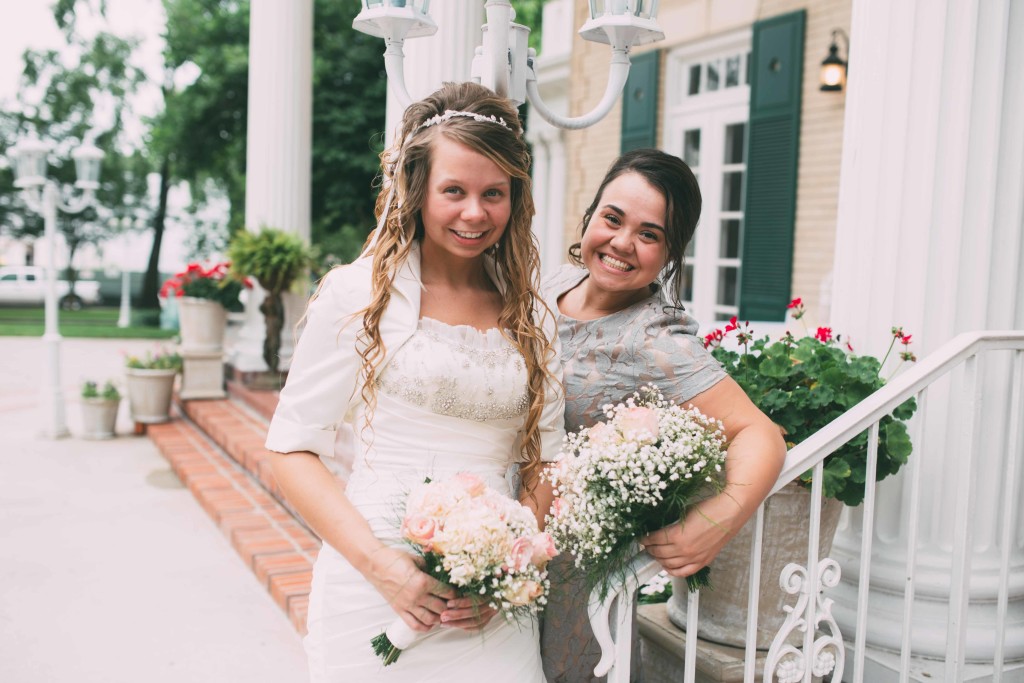 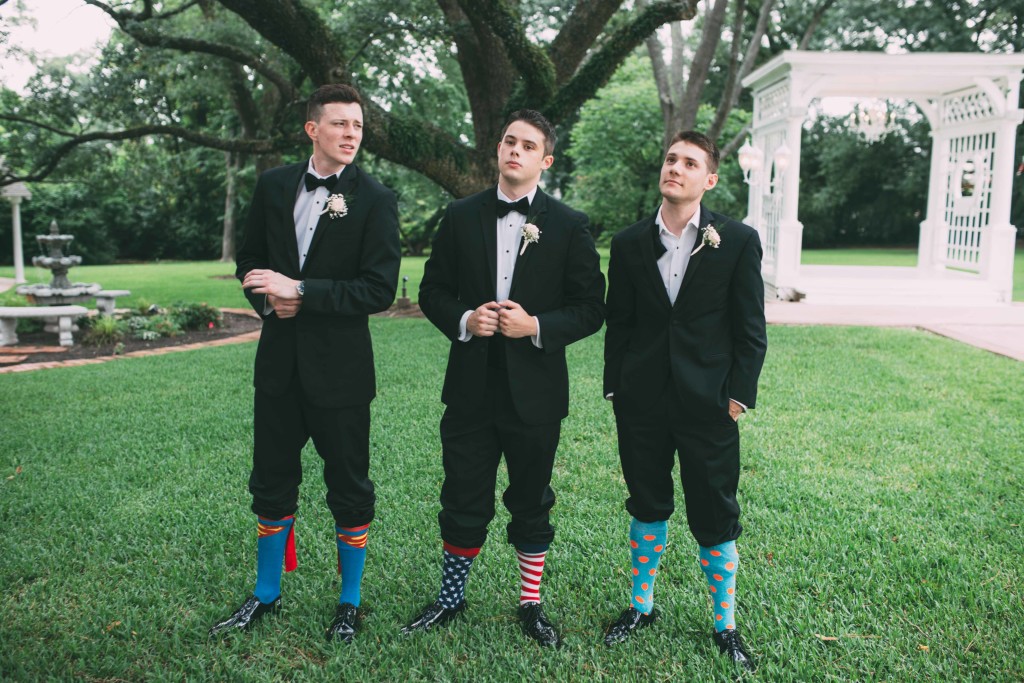 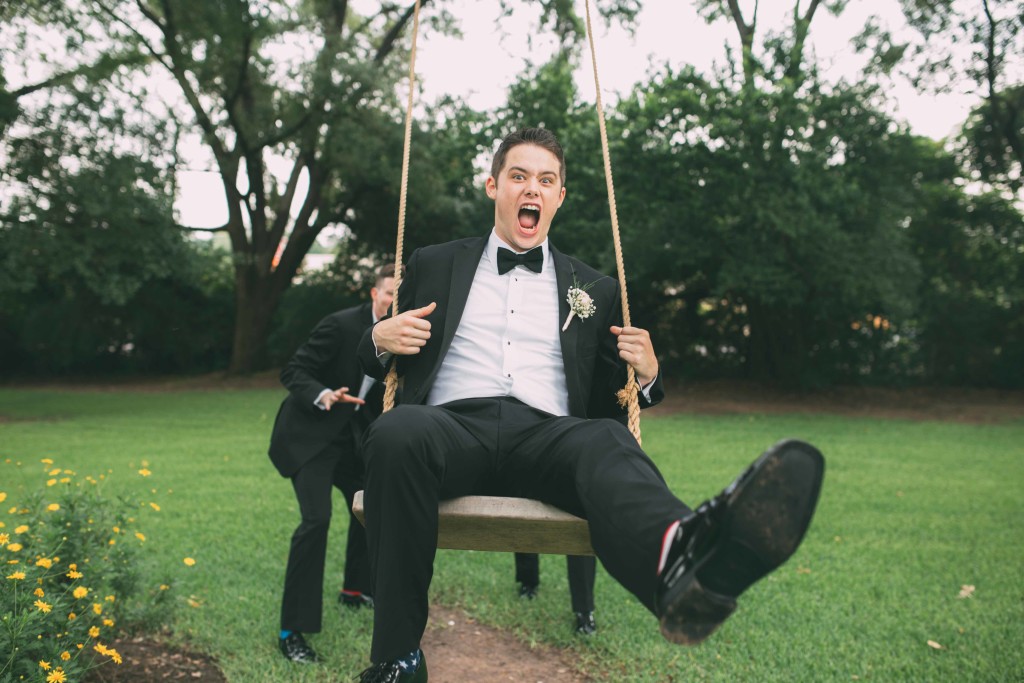 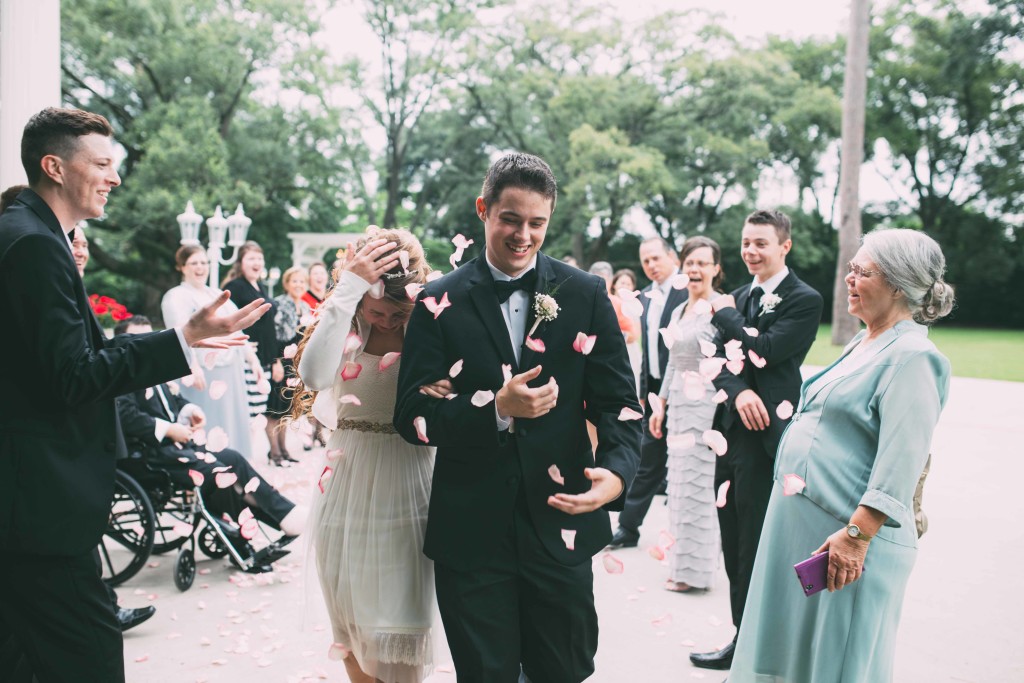